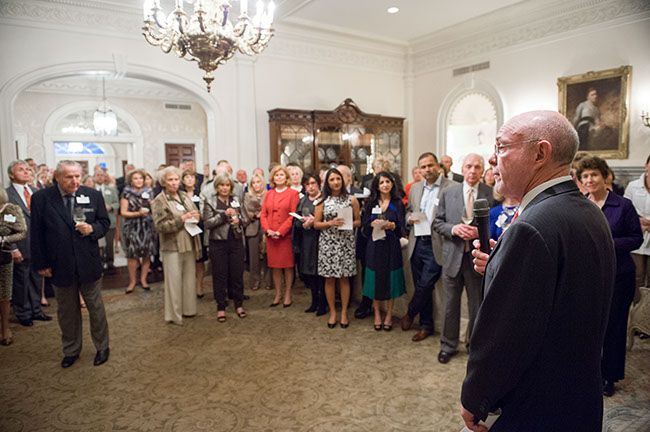 About the Scholars of Excellence Program

In the 1950s, less than 10% of children with cancer survived. Today, as a result of medical advances and philanthropic support, over 80% of children with cancer survive. Incredible strides have been made. Unfortunately, far too many children continue to die each year from this terrible disease. More children die from cancer each year than from asthma, diabetes, cystic fibrosis, congenital abnormalities and AIDS combined. Texas Children’s Cancer Center, a joint center of Texas Children’s Hospital and Baylor College of Medicine, is the largest pediatric cancer program in the United States. The Cancer Center’s ultimate goal is to eradicate pediatric cancer. To this end, we have developed one of the world’s premier pediatric cancer research programs. The research knowledge gleaned in our laboratories is shared with our colleagues nationally and internationally. As a result, patients throughout the world benefit from the research conducted at Texas Children’s Cancer Center.

The Next Step in Cancer Research

Texas Children’s Cancer Center has launched the Scholars of Excellence (SOE) program to support leading pediatric cancer researchers. Because we are committed to finding a cure and ultimately preventing childhood cancer, we are actively engaged in training and developing the next generation of leaders in the field. These are extremely intelligent and creative young physician-scientists who are highly dedicated to developing the innovative therapies that will result in future cures.

We recruit the best and the brightest young pediatric cancer researchers in the country, but their career development pathway can be both lengthy and uncertain. They face numerous challenges, the most daunting of which is obtaining sufficient research funding. This problem is most acute for those who are in the first three years of their careers, during their initial faculty appointments. Because of government cutbacks, fewer opportunities exist to obtain necessary funding for these young researchers. It often takes three to four years for these individuals to have sufficient research data to compete successfully for funding from federal and other established scientific granting agencies. Financial support for these young physician-scientists during these early years of their research is critically important and is one of Texas Children’s Cancer Center’s highest priorities. Our experience has shown that when these talented individuals are adequately supported during this period, they become successful, independently funded researchers who make major contributions to the field of cancer research.

Development of the Scholars of Excellence Program

This program provides critical support for our most promising young physician-scientists during the early years of their research careers. Funds support the Scholars’ salaries and research projects. 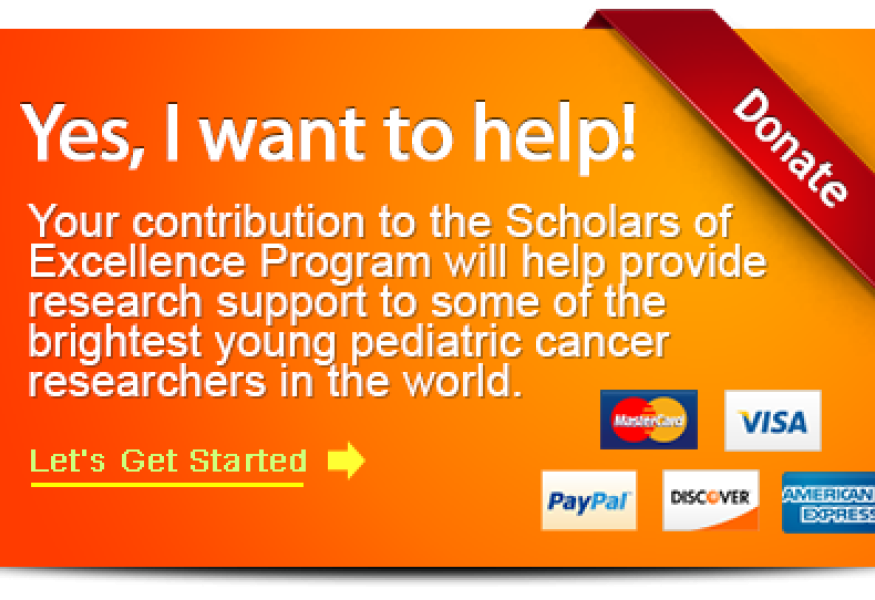 Impact of the Scholars of Excellence Program

With your support, development of the Scholars of Excellence program at Texas Children’s Cancer Center has a transformational impact on our ability to jump-start the careers of some of this country’s most outstanding young pediatric cancer researchers. This funding allows them to focus on their cutting-edge research, maximizing the possibility of their eventual success.

Return on Your Investment

Supporting this unique SOE program is an investment in intellectual capital that will help Texas Children’s Cancer Center fulfill its mission to produce the next generation of leaders in the field. It will ensure that we will have the greatest minds focused on childhood cancer research and that they will remain in Houston. The SOE program will help us move more rapidly to the day when cure becomes a reality for all children with cancer.