Monkeys Have Pulmonary Hypertension, Too
Food Allergy: The Layers of Protection
Reducing the Risk of Children Developing Cancer Later in Life
Does my child need to be screened for cancer?
Appendicitis
Department
Developmental Pediatrics and Autism
Neuroscience Center 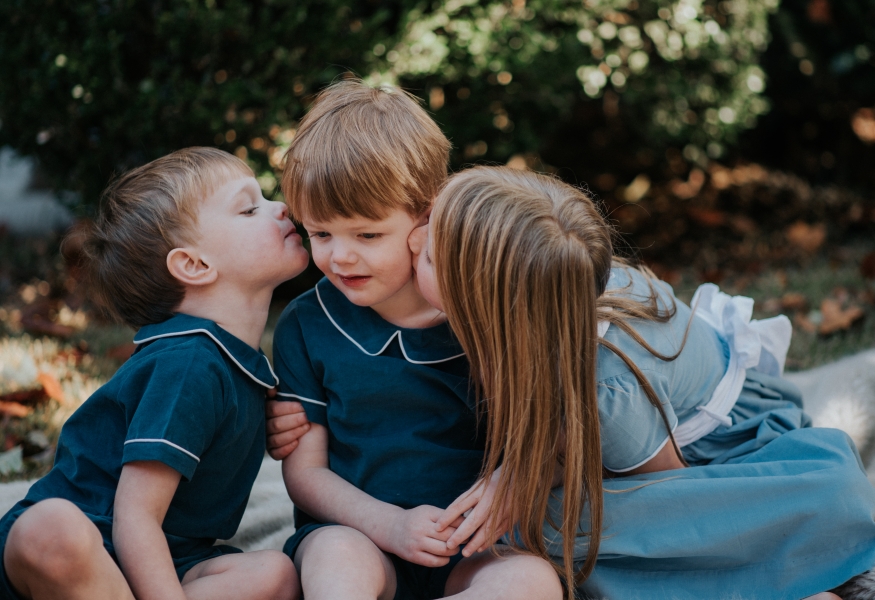 Our 4-year-old Charlie is an exceptionally happy child. Like many kids his age, he loves playing with trucks, being outdoors, music and reading. Charlie is unique because he has MECP2 Duplication Syndrome (MECP2D), a rare neurogenetic disorder.

Along with his fraternal twin, Drew, Charlie was born prematurely. Initially, both boys had feeding issues. Unlike Drew, Charlie had breathing problems as well. Everyone, including our physicians, attributed these issues to prematurity and felt confident they would both eventually outgrow it. It came true for Drew – his feeding improved, he sat up, and then he was toddling around and babbling. Charlie didn’t keep pace with any milestones, which became an early clue that something was amiss. My husband Zach and I began a medical odyssey to find out why.

In Charlie’s first year of life, we consulted with several pediatric specialists who confirmed our suspicions: Charlie’s developmental delays were not just due to his prematurity. On a visit to the developmental pediatrician, she suspected a neurologic or genetic problem. She advised us to get a genetic microarray test, which revealed that Charlie carried an extra piece of the MECP2 gene – resulting in a condition so rare she admitted feeling stumped about the next steps.

Luckily, in telling our loved ones about the disorder, a physician friend informed us that Texas Children’s Hospital in Houston might have answers for us. He told us to contact Dr. Huda Zoghbi, a neuroscientist and professor at Baylor College of Medicine, who pioneered the discovery and characterization of MECP2 disorders and directs the Jan and Dan Duncan Neurological Research Institute at Texas Children’s. She recommended an appointment with Dr. Bernhard Suter, a pediatric neurologist at Texas Children’s Bluebird Circle Rett Center, and we were thrilled when Dr. Zoghbi took time out of her schedule to show us her lab and visit with Charlie during one of our trips to Houston. Dr. Suter connected us to other specialists at Texas Children’s, including our gastroenterologist, Dr. Kathleen Motil.

Our decision to bring Charlie to Texas Children’s opened up many opportunities for us and provided a sense of connection with other MECP2 duplication families. Before coming here, we felt isolated and helpless as we struggled daily without answers to Charlie’s feeding, digestion and mobility issues. Over the past two years, the expert clinical care and guidance we received from our Texas Children’s team has tremendously improved Charlie’s health and our entire family’s quality of life.

In 2017, just months after receiving Charlie’s diagnosis, we attended the MECP2 Duplication Syndrome Family Conference in Houston, organized by Dr. Zoghbi. The experience was powerful and transformative for us. Besides Charlie, we had not laid eyes on another child with the disorder. For the first time, we were able to interact, learn from, and bond with MECP2 duplication children and families from all over the world at the event. We found the same sense of community at this year’s conference. Just as exciting, we learned about the clinical readiness study to prepare for clinical trials for a treatment.

We are inspired by the passion of the researchers and clinicians at Texas Children’s who spend their professional lives helping Charlie and others like him. As they work toward treatment and improving quality of life, we were inspired to set up Change4Charlie.org to spread awareness about MECP2 Duplication Syndrome and raise funds for research. Just last year, we joined with other families to support the work of the MECP2 Duplication Foundation. Together, we are focused on enhancing the lives of those with MECP2 Duplication Syndrome and their families through increased resources, advocacy and research support.

The most significant benefit we gained from Texas Children’s is hope. When Charlie was first diagnosed, we wanted treatment for him as soon as possible. We feel lucky that researchers at Texas Children’s are working hard to turn that wish into reality for us and all MECP2 Duplication Syndrome families. We are immensely thankful for the unrelenting efforts of Dr. Zoghbi and her team. Because of them, we can dream big for Charlie’s future.

Why the long wait for behavioral and developmental evaluations?

Henry's story: How our son's disability could lead to a scientific breakthrough