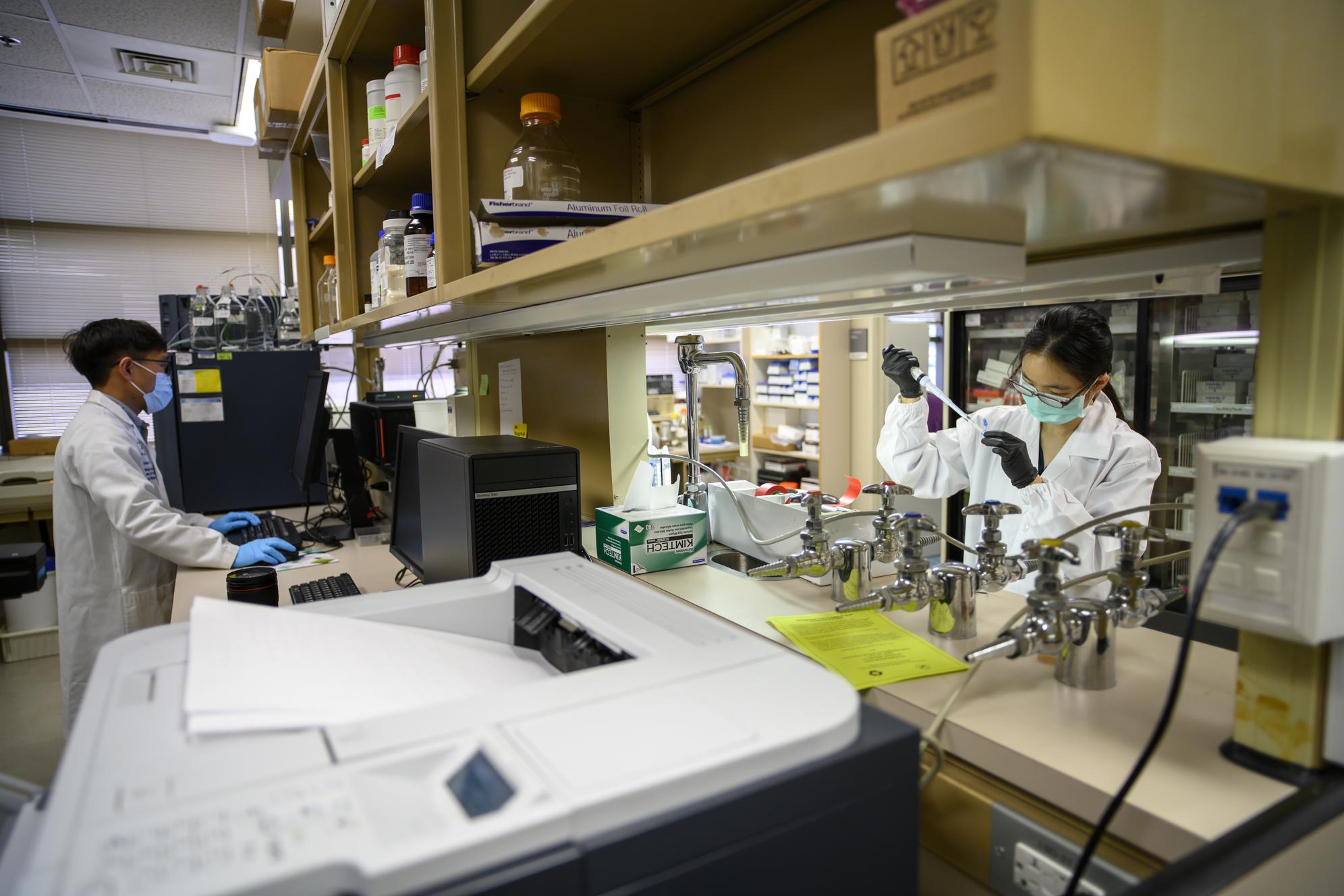 HOUSTON, TX (December 28, 2021) – Texas Children’s Hospital and Baylor College of Medicine announced today that CORBEVAX™, a protein sub-unit COVID-19 Vaccine, whose technology was created and engineered at its Center for Vaccine Development (CVD), has received Emergency Use Authorization (EUA) approval from the Drugs Controller General of India (DCGI) to launch in India with other underserved countries to follow.

Dubbed “The World’s COVID-19 Vaccine”, it uses a traditional recombinant protein-based technology that will enable its production at large scales making it widely accessible to inoculate the global population. The initial construct and production process of the vaccine antigen was developed at Texas Children’s Hospital CVD, led by co-directors Drs. Maria Elena Bottazzi and Peter Hotez and in-licensed from BCM Ventures, Baylor College of Medicine’s integrated commercialization team, to Hyderabad-based vaccine and pharmaceutical company Biological E. Limited (BE).

“Protein-based vaccines have been widely used to prevent many other diseases, have proven safety records, and use economies of scale to achieve low-cost scalability across the world,” said Dr. Maria Elena Bottazzi, Professor and Associate Dean of the National School of Tropical Medicine at Baylor and Co-Director of the Texas Children’s Hospital Center for Vaccine Development. “Our decade-long studies advancing coronavirus vaccine prototypes has led to the creation of this vaccine, which will fill the access gap created by the more expensive, newer vaccine technologies and that today are still not able to be quickly scaled for global production.”

The need for safe, streamlined, low-cost vaccines for middle- to low-income countries is central to the world’s fight against the COVID-19 pandemic. Without widespread vaccination of populations in the Global South, additional virus variants will arise, hindering the progress achieved by currently available vaccines in the United States and other Western countries.

“This announcement is an important first step in vaccinating the world and halting the pandemic. Our vaccine technology offers a path to address an unfolding humanitarian crisis, namely the vulnerability the low- and middle-income countries face against the delta variant,” said Dr. Peter Hotez, Professor and Dean of the National School of Tropical Medicine at Baylor and Co-Director of the Texas Children’s Hospital Center for Vaccine Development. “Widespread and global vaccination with our Texas Children’s-Baylor-BE vaccine would also forestall the emergence of new variants. We have previously missed that opportunity for the alpha and delta variant. Now is our chance to prevent a new global wave from what might follow.”

“Over the years, we have worked to make quality vaccines and pharmaceutical products accessible to families around the world. With this as our backdrop, we resolved to develop an affordable and effective COVID-19 vaccine. It has now become a reality,” said Mahima Datla, Managing Director, Biological E. Limited. “We deeply appreciate Texas Children’s Hospital Center for Vaccine Development, Baylor, CEPI, the Bill and Melinda Gates Foundation, and the government of India for their continuous support and cooperation during this journey. The combined efforts & unceasing support demonstrate that we can collectively overcome any challenge”.

Texas Children’s Hospital CVD received philanthropic support for the development of this vaccine from many generous donors across the country, including a significant contribution from The JPB Foundation in May 2020.

Develop and test new low-cost and effective vaccines, including the COVID-19 vaccine; a Universal CoV; and vaccines to treat and prevent against emerging and neglected tropical diseases, sometimes referred to as “anti-poverty vaccines.”

Established in the year 2000 in Washington D.C., the Texas Children’s Hospital Center for Vaccine Development (CVD) is entering its third decade as one of the leading vaccine development centers in the world.

Highlights of the Center for Vaccine Development

Texas Children’s Hospital Center for Vaccine Development is one of the leading vaccine development centers in the world. Established in Washington DC as the Sabin Vaccine Institute Product Development Partnership (PDP) in the year 2000 and after relocating to the Texas Medical Center in 2011, it rebranded as Texas Children’s Center for Vaccine Development. For the past two decades it has acquired an international reputation as a non-profit PDP, advancing vaccines for poverty-related neglected tropical diseases (NTDs) and emerging infectious diseases of pandemic importance. In addition, it builds and strengthens capacity for vaccine development locally and with foreign nations and leads global efforts to guide and influence vaccine policy and advocacy through “vaccine diplomacy” as an international bridge for peace and vaccine development capacity.

Baylor College of Medicine Ventures is the commercial engine of the health sciences university, created to support the translation of academic knowledge and intellectual assets for the benefit of society. We do this by engaging university innovators, entrepreneurs and industry to fully develop ideas along their best commercial path. We foster a culture of commercialization and engage with industry to identify market opportunities for collaborative ventures. To learn more about partnering with BCM Ventures and accessing our available technologies, contact bcmventures@bcm.edu.

Biological E. Limited (BE), a Hyderabad-based Pharmaceuticals & Biologics Company founded in 1953, is the first private sector biological products company in India and the first pharmaceutical company in Southern India. BE develops, manufactures and supplies vaccines and therapeutics. BE supplies its vaccines to over 100 countries and its therapeutic products are sold in India and the USA. BE currently has 8 WHO-prequalified vaccines in its portfolio. In recent years, BE has embarked on new initiatives for organisational expansion such as developing generic injectable products for the regulated markets, exploring synthetic biology and metabolic engineering as a means to manufacture APIs sustainably and developing novel vaccines for the global market. For further details, please visit www.biologicale.com and follow us on Facebook, LinkedIn and Twitter.