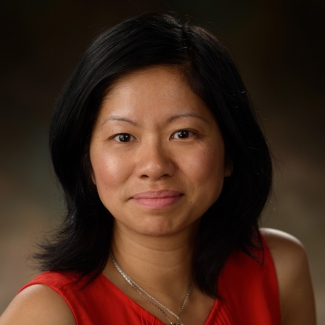 Dr. Trinh Nguyen is an Assistant Professor in the Department of Pediatrics, Section of Pediatric Hematology and Oncology at Baylor College of Medicine-Texas Children's Hospital. She has over 6 years experience in treating children with bleeding and clotting disorders, a very highly specialized field of pediatric medicine. Dr. Trinh Nguyen became interested in hematology-oncology when her mother developed hepatitis-induced liver cancer. The care her family received during her mother's therapy piqued her interest in medicine and helped establish her dedication towards service for others. Dr. Nguyen became interested in hematology during medical school and with her love of children, applied for fellowship in pediatric hematology-oncology. She is a member of the hematology and oncology teams with special interest in hematologic disorders, including: hemophilia and other bleeding disorders, thrombosis, sickle cell diseases, anemias, neutropenia, thrombocytopenia, and general oncology.

Dr. Nguyen's research has focused on bleeding disorders. During fellowship she was selected to attend the Hemophilia Academy held in Edinburgh, Scotland, which was an in depth course of study for early career physicians treating hemophilia. Following fellowship she was the recipient of the Hemophilia of Georgia grant to study optimal drug dosing for persons with hemophilia. She also served as co-investigator for multicenter trials for persons with bleeding disorders. Dr. Nguyen also has special interest in pediatric thrombosis research, especially the use of the newer oral anticoagulants to treat pediatric thromboses. Since relocating to Baylor College of Medicine-Texas Children's Hospital, Dr. Nguyen has expanded her research interests to include iron overload in children with malignancies. She is also interested in iron overload in children undergoing stem cell transplant for various hematology-oncology disorders.