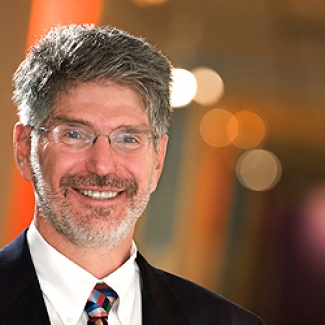 Michael A. Belfort, MD, PhD, is Chair of the Department of Obstetrics and Gynecology at Baylor College of Medicine (BCM) and Obstetrician and Gynecologist-in-Chief of Texas Children's Hospital. A specialist in maternal-fetal medicine and fetal intervention, Dr. Belfort most recently served as a professor in the Department of Obstetrics and Gynecology at the University of Utah School of Medicine, Salt Lake City, and also as the Director for Perinatal Research, Fetal Therapy and Obstetric Telemedicine at HCA Healthcare in Nashville, TN. With nearly three decades of practice focused on obstetrics, gynecology and maternal-fetal medicine, Dr. Belfort returned to Houston in late 2010 to fill the Texas Children's position, which became effective January 1, 2011. Dr. Belfort has been actively engaged in shaping a new era at Texas Children's as the hospital opens the new Pavilion for Women and expands into obstetrical and gynecological care to establish one of the nation's premier centers for women's, fetal and newborn health. Dr. Belfort serves as the medical director of Texas Children's Pavilion for Women, which offers women a complete range of obstetric and gynecologic services. The new facility focuses on family-centered maternity care, beginning before conception and continuing after delivery, and on high-risk births. An accomplished researcher and educator, Dr. Belfort continues to focus on maternal and fetal medicine research at BCM, as well as to expand the college's current research initiatives. A native of South Africa, Dr. Belfort received his medical degree (MBBCH) from the University of the Witwatersrand in Johannesburg, South Africa in 1981. Dr. Belfort has been awarded two post graduate research degrees, a Doctorate in Medicine (MD) from the University of Cape Town, South Africa in 1990, and a PhD from the Karolinska Institute in Stockholm, Sweden in 2001. Dr. Belfort completed two residencies in obstetrics and gynecology (one at the University of Cape Town completed in 1989 and one at BCM completed in 1993) and trained in anesthesiology in South Africa. He completed his fellowship in maternal fetal medicine at BCM in 1995.

From 1994 through 1997, Dr. Belfort served as director of labor and delivery and as director of obstetric intensive care at Ben Taub General Hospital, and was an associate professor in the divisions of maternal-fetal medicine, hypertension and anesthesiology at BCM. His teaching experience also includes serving as an adjunct clinical professor at Yale University School of Medicine where he worked with Yale faculty in the development of their Fetal Intervention Program. Dr. Belfort is Board Certified in Obstetrics and Gynecology and in Maternal-Fetal Medicine by the American Board of Obstetrics and Gynecology. He also holds obstetrics and gynecology specialist qualifications in South Africa, the United Kingdom and Canada. Dr. Belfort has received numerous professional awards for his contributions to research, teaching and medical practice. He is an author/editor of several textbooks, notably, Hypertension in Pregnancy, Obstetric Clinical Algorithms, Preeclampsia and Critical Care Obstetrics. An active member of numerous professional societies all over the world, Dr. Belfort has written more than 175 peer-reviewed scientific papers, numerous textbook chapters, abstracts and poster presentations. Long dedicated to humanitarian causes, Dr. Belfort has participated in two medical mission trips to Tibet during which his group provided urgently needed medical care to families. Dr. Belfort is happliy married to his wife, Joanne, and the couple has two children, Sarah-Jo and Ben.

9 New Ways We Can Now Prevent and Treat Birth Defects

"A Comparison of Magnesium Sulfate and Nimodipine for the Prevention of Eclampsia" New England Journal of Medicine 2003;348(4):304-11.