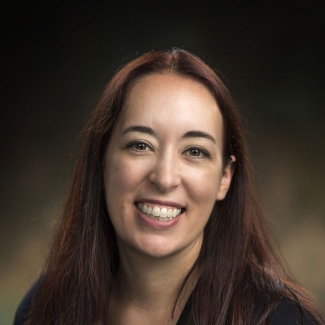 Dr. Jackie Powers is an expert in the management of iron deficiency anemia. She was the principal investigator for the BESTIRON clinical trial, which compared the efficacy of two commonly prescribed oral iron medications for the treatment of iron deficiency anemia in young children. This trial was one of only a few randomized clinical trials conducted in the United States specifically aimed at children with iron deficiency anemia. In addition to oral iron supplementation (iron by mouth), Dr. Powers has expertise in the indications for and utilization of intravenous iron therapy. She has given educational talks at national meetings including for the American Academy of Pediatrics (AAP).

Dr. Powers was initially drawn to a career in blood and cancer disorders from an experience early in her pediatric training. As a pediatric intern, Dr. Powers helped care for a young girl newly diagnosed with leukemia. The hematology/oncology physician on-call taught Dr. Powers about the diagnosis and reviewed the girl's blood under the microscope with her. The ability to look at a patient's blood to diagnose their condition was fascinating to her.

During her hematology/oncology fellowship, Dr. Powers became particularly interested in improving the management of children with blood disorders. In particular, she noted that many children and adolescents presented to the emergency department or were admitted to the hospital with moderate to severe anemia due to iron deficiency. She set out to optimize patient care with the goal of improving their anemia as well as important patient-centered outcomes - fatigue, health-related quality of life, and overall school and physical performance.

In addition to caring for children with iron deficiency, Dr. Powers cares for children with other nutritional anemias (such as vitamin B12 and folate) as well as children with iron overload disorders (elevated iron levels) due to the need for blood transfusions or due to hereditary hemochromatosis. She has specific interests in caring for children with other general hematology conditions such as red blood cell membrane disorders like hereditary spherocytosis and elliptocytosis, and red blood cell enzyme disorders such as pyruvate kinase deficiency. Dr. Powers is also a member of the Hemostasis and Thrombosis team and helps evaluate and care for patients with bleeding or clotting disorders, particularly adolescent girls.

Board Certifications
American Board of Pediatrics
Texas Medical Board

Dr. Powers also works with her hemostasis and thrombosis colleagues on outcomes research related to patients with bleeding and clotting disorders. Her work has been funded by the National Institutes of Health (NIH) and the American Society of Hematology (ASH).