Monkeys Have Pulmonary Hypertension, Too
Food Allergy: The Layers of Protection
Reducing the Risk of Children Developing Cancer Later in Life
Does my child need to be screened for cancer?
Appendicitis
Department
Neurology
Movement Disorders Program
Neuroscience Center 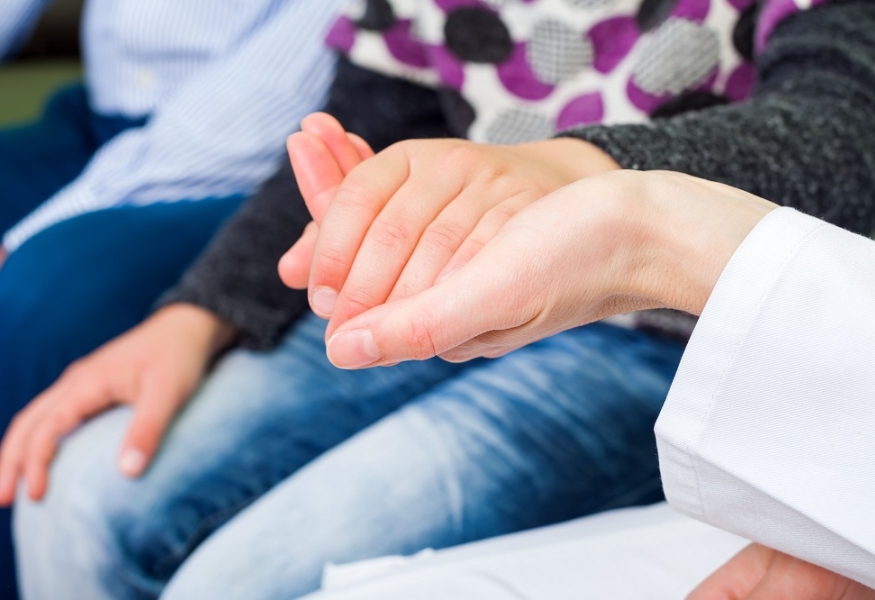 Tourette syndrome is a neurological condition in which affected persons demonstrate brief, repetitive movements and vocalizations called tics. Tics are often associated with a preceding uncomfortable sensation or urge that builds, then is resolved by the action for a period of time, and then builds again.

When do tics begin? What are some common tics?

Tics typically begin during elementary school age. Movements are referred to as motor tics, and vocalizations are referred to as vocal or phonic tics. Common tics include excessive blinking, facial grimacing, shoulder-shrugging, sniffing and grunting. Profane gestures (copropraxia) or utterances (coprolalia) may also be present, but occur in a small percentage of patients with persistent tics, despite what some movies and television shows may suggest.

What’s the difference between tics and Tourette syndrome?

The movements and vocalizations are called tics. A formal diagnosis of Tourette syndrome is met when at least one year has passed since the onset of the first tic, and the patient has experienced at least one phonic tic and at least two motor tics. Many people with tics will eventually meet criteria for Tourette syndrome.

Does the diagnosis of Tourette syndrome mean the tics will worsen?

Someone told me the tics will go away with age. Is this true?

For many, tics may be at their worst between the ages of 10 to 12. During the years following adolescence, symptoms will decrease in severity for many patients, and symptoms may resolve or nearly resolve for some patients. However, this is not true for everyone.

Who can be affected by Tourette syndrome?

Tics are very common. It is estimated that approximately 1 percent of children and teenagers have tics that persist for more than one year. Tourette syndrome affects males four times as often as females.

Are tics genetic? Are there other associated conditions?

Tics tend to run in families, although the responsible gene or genes have not yet been identified in most cases. Some people with tics, or family members of people with tics, may exhibit behaviors related to obsessive-compulsive disorder (OCD) or attention-deficit/hyperactivity disorder (ADHD).

Who can diagnose and treat tics?

A pediatrician, neurologist or child psychiatrist will usually diagnose tics in children and adolescents. Movement disorder specialists are neurologists who have additional training in the diagnosis and treatment of involuntary movements, including tics.

When diagnosing Tourette syndrome or other tic disorders, tics need to be distinguished from other abnormal movements (e.g., stereotypy, chorea) or compulsive behaviors. Evaluation must include a full neurologic examination. Understanding the nature, severity and functional consequences of tics is integral to the development of an effective treatment plan.

Your child’s clinical history must also be carefully explored for co-occurring disorders (e.g., ADHD, OCD), as these can significantly impact a child experiencing tics and paint a clearer picture during evaluation.

When do tics need to be treated? How are they treated?

Examples of complex motor tics include:

If you're interested in learning more about the Pediatric Movement Disorders Program at Texas Children's Hospital, click here.