"Secondary Drowning” in Children: An Important Message for All Parents | Texas Children's Hospital

Top 10 tips for supporting your child with autism during COVID-19
Supporting your child’s development through daily mindfulness-based activities
Social distancing at home? Educational tips to help keep your kids occupied
4 tips to use when you talk to your kids about COVID-19
Protect yourself from COVID-19 by social distancing, handwashing and stopping smoking and vaping

"Secondary Drowning” in Children: An Important Message for All Parents 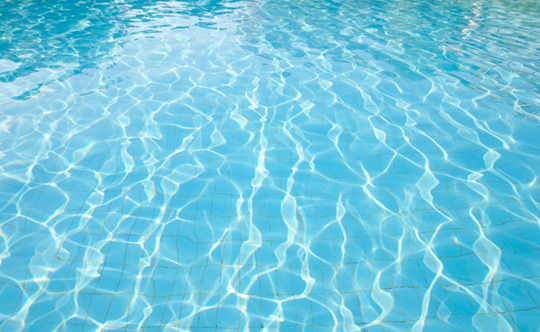 Recently, a mother posted on her blog, “Delighted Momma,” the story of her almost 2-year-old son developing significant breathing problems after a brief, less than 20 second, submersion in the spa. Because he seemed “totally fine after he had calmed down,” she decided to take him home rather than seeking medical care. Within an hour or so, her son seemed overly tired and began coughing, so she immediately took him to the closest emergency center. A chest x-ray showed that he had likely aspirated some of the water, which caused his lungs to not function normally. Fortunately, he was discharged after a 24-hour observation at a pediatric children’s hospital, but the parental/public interest in “secondary drowning” after her blog went viral remains a significant topic of discussion!

What is “secondary drowning”?

“Secondary drowning” is a confusing misnomer that has been used to describe delayed-onset breathing problems in a child who seems to be recovering after a submersion event.  When referring to “secondary drowning,” most people are referring to the complications that occur as a result of aspiration of water into the lungs. When a child aspirates any foreign substances, including fresh/salt/chlorinated water or vomit, it can cause progressive injury and inflammation within the lungs. As the lungs become more ineffective and fluid accumulates within the lungs, symptoms such as coughing, fast breathing, increased work of breathing, low oxygen levels, and altered mental status (irritability or lethargy) may quickly occur. Luckily, most healthy children who appear well after a submersion aspirate only small amounts of water, if any, and will recover spontaneously.

What do I do if my child is found under water?

If your child is unconscious, not breathing, and/or without a pulse, immediately give 5 rescue breaths, start effective CPR, and have a bystander call 911. If your child begins to vomit, gently roll your child to his/her side so that he/she does not aspirate the secretions.  Also, be sure to keep your child’s neck immobilized in a straight, midline position if any trauma has occurred to your child’s head or neck (i.e., while diving in the shallow end of the pool). If your child is awake and well-appearing after a submersion, keep your child warm/dry and call your pediatrician for further recommendations. Because most symptoms of non-fatal drowning occur within 6-8 hours from the submersion, it would be important to keep a close eye on your child and watch for breathing difficulties, skin color changes, persistent vomiting, or abnormal behavior. If any of these symptoms occur, you should seek medical care immediately.

What should I expect in the emergency center?

Dependent on the submersion events and your child’s vital signs and examination, your physician will likely order a chest x-ray and possibly some blood tests. If your child’s examination and x-ray and lab results are normal, he/she may be observed in the emergency center until it’s been approximately 6 hours from the submersion. So long as your child continues to appear well while in the emergency center, he/she will likely be discharged home with detailed return precautions. However, if your child’s examination and/or workup are abnormal, he/she will be admitted for supportive care (i.e., oxygen, breathing treatments, intravenous fluids, etc.) and observation. Children who are very sick with decreased/lack of responsiveness, severe breathing difficulties, or very low oxygen levels are typically admitted to a pediatric intensive care unit (PICU) for increased respiratory support/treatment and close monitoring.

Childhood drowning is quick and quiet!

Drowning is the second-leading cause of unintentional injury-related death for children ages 1 to 14 years, with the highest rate of drowning in the 0- to 4-year-old age group.  According to the Texas Department of Family and Protective Services website, 18 Texas children have already drowned since January 2014. And, at Texas Children’s Hospital, we have seen 67 near-drownings and 6 drownings between April 2013 and April 2014. The “Delighted Momma” blog has not only brought “secondary drowning” into the spotlight, but also the fact that childhood drownings happen unexpectedly, quickly, and quietly! Lindsay Kujawa was sitting near her child and for “less than five seconds”, turned to speak with a family member, while her child silently slipped under water.  Unfortunately, this type of scenario is common, and I cannot tell you the number of times that parents have similarly told me they turned away from their child for “just a second”…to look for another child, converse with a friend, or make a quick meal….prior to finding their child in a pool, bathtub, or bucket/ice chest.

Please take the necessary steps to protect your children while they’re in or around water…enclose and cover pools and hot tubs, safety proof your home (shut bathroom doors, safety-lock toilet seats, drain bathtubs, empty ice chests and buckets filled with water), enroll your children in water safety and swim classes, continuously (touch)-supervise or designate a responsible adult to watch over your children, and learn first aid and CPR! Learn more about secondary drowning from ABC 13's recent news story, here.