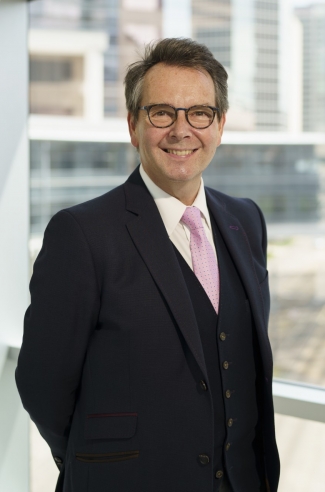 His primary field of expertise and research focuses on advanced, quantitative, precision imaging in the field of Pediatric Neuroradiology. He has given more than 400 invited lectures, published 340 peer reviewed scientific articles, 30 reviews, more than 60 book chapters, 5 text books, serves on multiple scientific committees of the various radiological societies and has organized multiple national and international meetings in Europe and the USA. He has been the founding member of the Swiss Symposium in Pediatric Neuroradiology.

Dr. Huisman is a faculty member of the AIRP course in Washington, DC and course advisor for the IDKD course in Davos, Switzerland. Furthermore he has built several patient and family focused multidisciplinary programs and is actively involved in mentorship programs. He is a reviewer for multiple scientific journals and is an editorial member of 5 journals. He served as president of the American Society of Pediatric Neuroradiology (2014/15), will be the President of the Eastern Neuroradiological Society (ENRS) 2020/2021 and is an elected fellow of the International Cancer Imaging Society. Finally he is a senior editor of the American Journal of Neuroradiology.