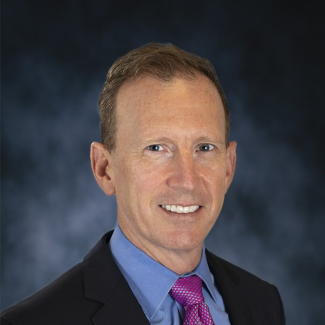 Dr. Jeffrey Shilt is an esteemed orthopedic surgeon and serves as Community-in-Chief at Texas Children’s Hospital. He previously served as the Vice Chair-Community Surgery and the Chief Surgical Officer at Texas Children’s Hospital The Woodlands. He continues to serve as the Medical Director of the Motion Analysis & Human Performance Lab. Dr. Shilt is a Professor of Orthopedics and Scoliosis Surgery at Baylor College of Medicine, the Pediatric Sports Medicine Liaison to the United States Olympic and Paralympic Committee and the Chairman of the Medical Advisory Board for USA Cycling.

Dr. Shilt joined Texas Children’s in 2016 from St. Luke’s Children’s Hospital in Boise, Idaho where he was a pediatric orthopedic surgeon and Director of the Spasticity Clinic and motion analysis lab. Prior to that, he served as the Residency Program Director and Associate Professor of Orthopaedic Surgery at Wake Forest University in Winston-Salem, North Carolina and as Director of Pediatric Orthopedics at Wake Forest Baptist Health’s Brenner Children’s Hospital.

A recognized leader in both academics and clinical practices, Dr. Shilt has completed basic science research in the treatment of children with spastic cerebral palsy and sports medicine applications of tissue engineering. He was the team physician for the USA triathlon team at two world championships, as well as for a professional cycling team. He also has served as a medical consultant for multiple world champion athletes, Olympians and gold medalists, and professional Ironman and other endurance athletes. Among Dr. Shilt’s honors and awards, he was recognized by the Pediatric Orthopaedic Society of North America with the Angela Kuo Young Investigator Research Award and the Howard Steele Scientific Papers Award.

A Missouri native, Dr. Shilt obtained his medical and undergraduate degrees through the University of Missouri-Kansas City’s combined BA-Medical Degree program directly out of high school. He completed a general surgery internship and orthopedic surgery residency at the Ochsner Clinic in New Orleans, a year of basic science research at the Pediatric Research Institute at Cardinal Glennon Children’s Hospital in St. Louis and a pediatric orthopedic fellowship at Vanderbilt University in Nashville. After completing his clinical training, Dr. Shilt completed the personalized leadership development program at Wake Forest University Babcock Graduate School of Management’s Institute for Executive Education.

Dr. Shilt’s research interests include sports performance and the treatment of endurance sports injuries and the orthopedic management of cerebral palsy.

Dr. Shilt is happily married to his wife, Erin, and the couple have four children, Mackenzie, Delaney, Ryder and Lawson.