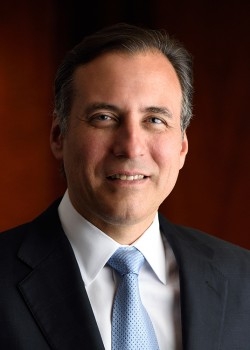 Dr. Versalovic directs the delivery of diagnostic services and laboratory medicine at Texas Children’s by serving as Director of Laboratories, for the medical center campus. Dr. Versalovic’s main clinical interests are medical microbiology, molecular diagnostics of infectious diseases, microbiome science applies to pediatric gastroenterology, genomic and metagenomic medicine, and molecular pathology. Dr. Versalovic has created the first microbiome center based in a children’s hospital and the first therapeutic microbiology fellowship program in the country. He has helped create the new field of metagenomic medicine by exploring ways that metagenomics and microbial manipulation can be used to diagnose and treat human diseases. He served as Editor-in-Chief of the Manual of Clinical Microbiology, the “bible” of laboratory-based diagnosis of human infections.

Dr. Versalovic has received several notable awards including the Lansky Award as a national leader in pathology under the age of 45 from the College of American Pathologists Foundation. He also received the BioGaia Ivan Casas Probiotics Research Award (2007) and the BCM Graduate School of Biomedical Sciences Distinguished Alumnus Award (2010).