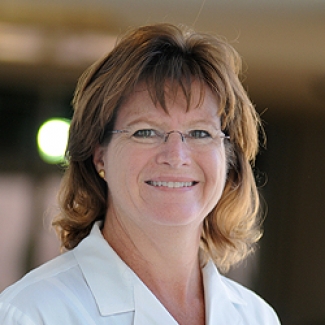 As Chief Medical Officer of Texas Children’s Hospital West Campus, Dr. Graf is interested in optimizing the delivery of safe, high quality patient care for children in the community setting. She continues to engage in clinical research regarding pediatric transport and prevention of hospital acquired conditions.

Dr. Graf is an Associate Professor of Pediatrics at Baylor College of Medicine. Dr. Graf continues to practice as a Pediatric Intensive Care Physician at the West Campus and is the Pediatric Medical Director of the Kangaroo Crew Intensive Care Transport Team for Texas Children’s Hospital. She has been elected as President of the Medical Staff at Texas Children’s Hospital for 2016.

Prior to her appointment as the Chief Medical Officer at Texas Children’s Hospital West Campus, Dr. Graf was the Medical Director of the Pediatric ICU at Texas Children’s Hospital and the Medical Director of Respiratory Care. From 2008-2010, Jeanine served as the Interim Chief of the Section of Pediatric Critical Care in the Department of Pediatrics, Baylor College of Medicine.

Dr. Graf received her Bachelor’s degree from St. Louis University and her medical degree from The Ohio State University College of Medicine. In 2012 she received a Graduate Certificate in Healthcare Management from Rice University.

Dr. Graf is a Fellow of both the American Academy of Pediatrics and of the Society of Critical Care Medicine. She has most recently been named as of the 2015-2015 Best Doctors in America and in 2015 as a Top Doc by Houstonia magazine.

Transferring our most critically ill patients