Peter’s story: Fighting for relief from a painful pediatric varicocele 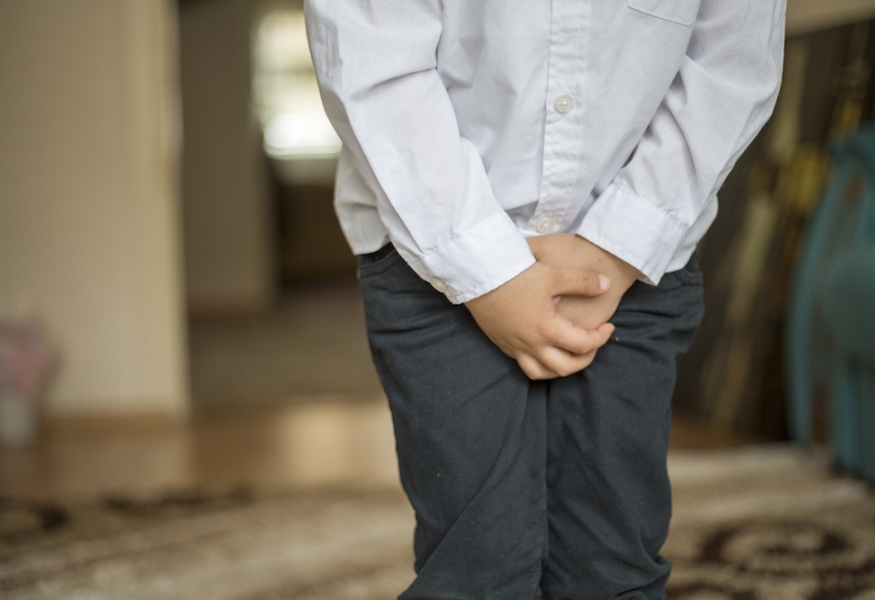 My 14-year-old son, Peter, asked me to bring him some ice when I stopped by his room to say goodnight one evening this past February. When I asked if he wanted it with water, he replied: “No, I need to put it on a pain I’m having. Can you bring it in a bag?”

This marked the start of a five-week lesson in pediatric varicoceles, which involved constant pain for Peter, embarrassment over the part of his body involved and ultimately (and unexpectedly) a great outcome right in our backyard from a skilled pediatric interventional radiologist at Texas Children’s.

Once I understood the pain was in Peter’s scrotal area, I did what any mother would presumably do – I sent him to see my husband. In this case, my husband is also a former army medic who knows the signs of testicular torsion, a painful twisting of the spermatic cord. Once we confirmed it wasn’t an emergency, we decided to wait and call Peter’s pediatrician in the morning. This is when Peter told us the pain might go away, just as it had been doing on and off for the past three months. He told us the pain had gradually worsened over time, especially after being on his feet for a few hours. If he sat on the sofa with his feet up or rested in bed for a while, the pain would subside. Only tonight it hadn’t.

In the morning, we visited our longtime pediatrician to learn Peter was diagnosed with a varicocele, an enlargement of blood vessels in the scrotum. This “bag of worms” is fairly simple to identify through palpation. We were told varicoceles don’t usually cause pain, but can on occasion. Since Peter had recently gone through a growth spurt, the varicocele probably came from the increase in body size. This explained the gradual pain. We were ordered to get an ultrasound of the area to confirm the diagnosis and determine the size of the varicocele. We completed the ultrasound in the morning, and amazingly had a confirmed diagnosis in less than 36 hours after our son first alerted us of the pain.

After a weekend of ice, over-the-counter pain relievers and rest, we noticed the pain wasn’t going away. Our normally active 14-year-old boy became interested in only one thing … making sure he had a fresh pack of ice to alleviate the pain. This was happening to my son who always had a high tolerance for pain, who volunteers to play catcher at all the baseball games despite muscle strain, who gets up early on Sundays to go to church without complaining and who willingly carries the heaviest boats while canoeing. Something was definitely not right.

I soon found myself calling a specialist for an appointment, as Peter was still in a lot of pain. He was just lying on the sofa, quietly listening to audiobooks and watching an occasional movie. During this visit, we explained the onset of his symptoms, elaborating on how the pain was coming once he stood up in the morning and only somewhat subsided with elevation and ice. It was suggested to clear out anything in Peter’s intestines that might have been putting pressure on the nerves feeding the affected area. We did this over the next two days – no change, and still lots of pain.

We ended up seeking a second opinion. We repeated our case, now ongoing for almost three weeks. The physician wasn’t convinced Peter’s pain was caused by the varicocele, telling us gently that Peter would need to learn to live with this pain. I saw my son’s face fill with despair. We shared that Peter was basically living on the couch and had to give up baseball and canoeing because of this pain and discomfort. Peter even tried to ride his bike the day prior out of frustration from his immobility, only to make it few yards away before the pain became too much for him to bear. We were told to consider surgery to fix the varicocele once Peter turned 18, as it might have impact on fertility later in life … four years away. Four years of pain? I don’t think so.

Once I shared these opinions with my parents, my concerned father sent me an article he saw on a successful medical procedure in Europe for varicoceles. It’s called embolization, which is usually performed by an interventional radiologist. This procedure was never mentioned to us as an option. I naturally assumed nobody performed this procedure in the U.S. Nevertheless, I found pediatric interventional radiologists in Houston through my own research. Imagine my surprise when Texas Children's Hospital popped up on my computer screen with a description of this embolization procedure for – wait for it – pain from varicoceles. I called Texas Children’s West Campus the next day and had the good fortune of speaking with a nurse who worked directly with Dr. Daniel J. Ashton, an interventional radiologist who was very familiar with this procedure.

We met Dr. Ashton for a visit that week and then scheduled the procedure for the following week. During this procedure, Dr. Ashton entered a vein in Peter’s upper arm and used imaging to place a few coils inside the enlarged blood vessels alongside a sclerosing solution, shrinking the vessels and effectively diverting blood flow.

Voilà! Peter was pain-free just a week after the procedure with a noticeably smaller varicocele. We haven’t experienced a single complication since then. Peter is back at full-throttle doing all the things he loves to do.

These types of procedures are on the cutting-edge of medical technology, and can diagnose and treat disorders to further direct care with less pain, less risk and quicker recovery time than regular surgery. I can’t recommend Dr. Ashton or his team at Texas Children’s enough. I hope no other child has to go through the same pain and embarrassment associated with Peter’s varicocele.

The names in this blog were changed to protect the privacy of the patient family.