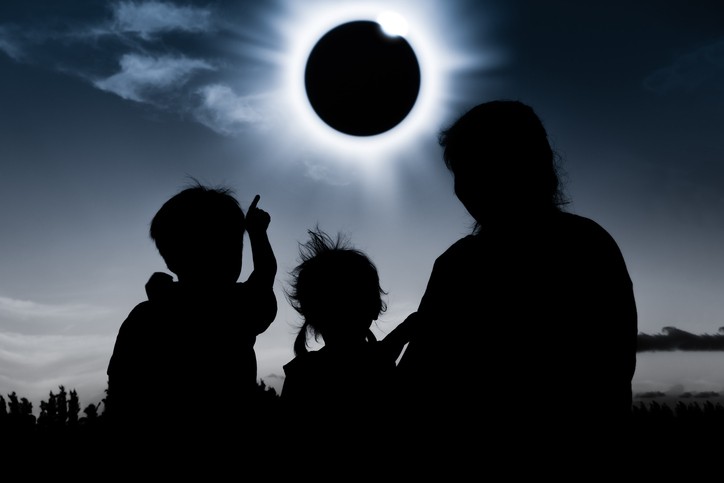 A solar eclipse occurs when the moon blocks part of the sun. On Aug. 21, millions of people in the U.S. will experience a total solar eclipse pass over parts of North America as day turns to night. Houston will experience a partial solar eclipse. The last time this happened across the country was 1918. The partial eclipse will last two to three hours. Halfway through the event, there will be a brief total eclipse, viewable in certain states across the U.S.

Looking directly at a partial solar eclipse can cause irreversible eye damage, and even blindness. Sun damages vision permanently by burning the retina (light-sending tissue) of the eye, known as solar retinopathy. It’s important to have proper eye protection if you or your child plans to look at the eclipse. The only safe way to look directly at the sun is with special-purpose solar filters, such as eclipse glasses or handheld solar viewers. Be aware that ordinary sunglasses or homemade filters are not safe enough. It is also unsafe to use an unfiltered camera, telescope or binoculars to look at the uneclipsed or partially eclipsed sun, even when using eclipse glasses or handheld solar viewer.

There is one exception to this rule. During the total eclipse period, called “totality,” it is safe to look directly at the sun. This phase will last for about two minutes roughly within a 70 mile-wide path from Oregon to South Carolina. During this time, it is important to know when to take off and put the glasses back on. A total eclipse means the moon completely blocks the sun’s bright face, making visible the solar corona. Only those within the path of totality will be able to experience this. Other sky watchers will see a partial solar eclipse.

The American Academy of Ophthalmology and the American Astronomical Society offer these five tips for viewing the eclipse:

According to the American Society of Retina Specialists, the following are unsafe solar filters:

A solar eclipse is a rare and striking spectacle. By carefully following these guidelines, it will be much more enjoyable. After the August 2017 eclipse, the next total solar eclipse will be in South America in July 2019. 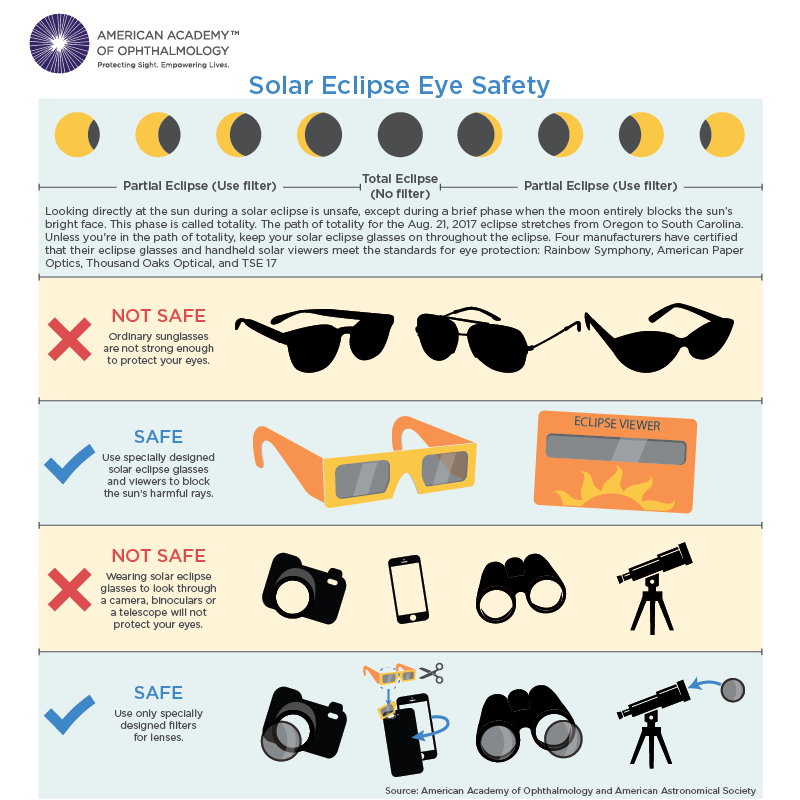