Emergency Preparedness: How to manage diabetes in any emergency
Books@Heart: A new early childhood literacy and reading program for our heart warriors
Ophthalmology: Our team’s multidisciplinary approach to treating vision and eye disorders
Grace’s story: Beating the odds after multiple surgeries to treat rare genetic disorder
Mental Health Awareness Month: What is anxiety and when should your child seek help

All kids with cancer deserve a fighting chance 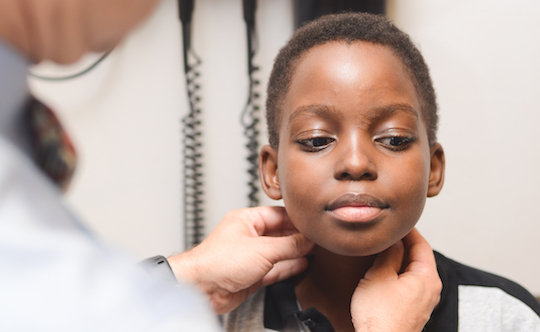 This blog was co-authored by Giovanni Caforio, M.D. and David G.Poplack, M.D.

The numbers are compelling. The lives lost are absolutely heartbreaking.

In Africa, more than 100,000 children will develop cancer this year, and the vast majority will die as they have little access to diagnostic and treatment services. This is a stark contrast to high-income countries where 80 percent of pediatric cancer patients will survive. And while global public attention has been largely and understandably focused on HIV/AIDS, malaria and tuberculous, cancer kills more people in many poor countries than all of these terrible diseases combined.

It is a devastating situation for the children, their families and their communities, particularly since so much of their suffering could be alleviated, if not prevented.

Our goal is and must continue to be that no child -- anywhere in the world -- should die from cancer. But at a minimum, all children should have the same fighting chance.

The reason for the disparity has a lot to do with capacity, or rather, the lack of it. In much of sub-Saharan Africa, the resources needed to diagnose and treat pediatric cancer are scarce, and the healthcare professionals needed to administer them are almost non-existent.

As a result, too few children are effectively diagnosed, and even fewer have access to medicines and other treatments, which are often available in locations too distant for many to reach. These factors are compounded by a mix of cultural factors and low expectations, which often lead some in rural communities to question the utility of conventional medical care.

Taken together, this dire mix of challenging circumstances means that for the children of these regions -- unlike in other parts of the world -- cancer is a near-certain death sentence.

This needs to change, and we and our partners are determined to do our part to change the pediatric cancer landscape in sub-Saharan Africa. Specifically, we are determined to develop the model programs, help build the needed capacity and train healthcare providers.

To that end, this week at an event with His Excellency the President of Botswana, Lieutenant General Seretse Khama Ian Khama, we launched a new initiative to directly and effectively address the significant unmet need of childhood cancer in eastern and southern Africa. Called Global HOPE (Hematology-Oncology Pediatric Excellence), the plan is to build and operate an innovative pediatric hematology-oncology treatment network that will help provide long-term capacity to treat and dramatically improve the prognosis of thousands of children in southern and eastern Africa. And to make this happen, our two organizations have committed a combined $100 million.

This commitment will help support the training network and the construction, equipping and operation of two regional pediatric hematology-oncology clinical sites in Botswana and Uganda and an additional national program in Malawi. Within the first five years, we expect to train thousands of healthcare professionals from these three countries as well as from other countries in the region, who will represent a variety of disciplines along the cancer continuum of care. They, in turn, will be positioned to train others.

The significant expansion of treatment of children will begin immediately, even before either of the sites is constructed, by using temporary facilities. This builds on ongoing efforts by Texas Children’s Cancer and Hematology Centers to treat patients and train healthcare professionals in the region. In fact, in three of the countries that are the immediate focus of this effort – Botswana, Malawi and Uganda – there were no pediatric oncologists until Texas Children’s Hospital became involved.

It is this type of partnership with this type of focus that is at the center of the “Access Accelerated” initiative launched last month at the World Economic Forum in Davos. It reflects the growing recognition that there needs to be more of a global focus on non-communicable diseases, most notably cancer, in low and middle-income countries. And it reflects the growing appreciation that public-private partnerships are critically important to any meaningful approach – that no one company or organization or government can do it alone.

To help ensure Global HOPE’s success, we are building off our 18 years of experience gained through our work to address the HIV/AIDS crisis in sub-Saharan Africa. Through a public-private partnership between the Bristol-Myers Squibb Foundation’s “Secure the Future” program, the Baylor International Pediatric AIDS Initiative (BIPAI) at Texas Children’s Hospital and the governments of five African nations, we have been able to train 52,000 healthcare professionals and have provided care and support for more than 300,000 children and their families.

And we are determined to do our part to make that happen.

Giovanni Caforio, M.D., is the CEO of BMS and Chairman of the BMS Foundation. David G. Poplack, M.D, is Director of Texas Children’s Cancer and Hematology Centers and Elise C. Young Professor of Pediatric Oncology at Baylor College of Medicine. 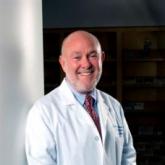