Changes During Pregnancy: What’s Normal And What’s Not? 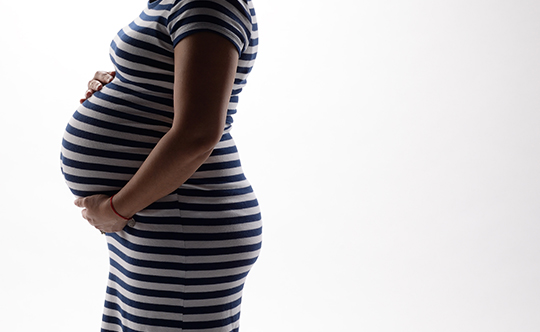 As a newly pregnant woman, you might notice that your body is undergoing a lot of changes that you hadn't anticipated or you’re not sure if what you’re seeing or feeling is normal. A lot of changes happen to different parts of your body during pregnancy and some that can be more difficult or embarrassing to talk about are vaginal changes- but rest assured, these changes are completely normal most of the time.

I notice that my patients usually take the “better safe than sorry” approach when it comes to their pregnancy concerns and doctors are more than willing to discuss what questions you may have, no matter the subject. Many women are very in-tune and aware of their changing bodies during pregnancy and usually bring up all of their experiences during their appointments.

If you do fail to mention any distinct changes but your doctor notices obvious vaginal or vulvar changes, they may address them after administering a routine physical exam so that you are aware the change is normal for future reassurance.

One of the many common vaginal changes women address with their doctors is color change in the vulva. All of the changes that occur in the vulva (a female’s external genitalia including labia, vagina and cervix) during pregnancy are due to increased blood flow to the area from the demands of the growing uterus and embryo. The blood fills the veins more robustly than normal and therefore gives a blue-ish discoloration and a feeling of fullness or heaviness in the area. Patients often describe this as “pressure” or feeling “swollen.” When you inspect the area, the change in appearance is usually not dramatic and the color should be a slight blue tinge with perhaps some varicosities. Although the area does not appear grossly swollen or irritated, that’s how it frequently feels for many patients. The increased blood flow occurs as early as one month after conception. The fullness and congestion in the area usually get gradually worse as the pregnancy progresses. As the uterus enlarges, it also blocks the flow of venous blood which adds to the swelling in the vulva and contributes to swelling in the legs, too.

Pressure or a feeling of heaviness tends to appreciate throughout pregnancy but does sometimes worsen towards the end of pregnancy. This could simply be because the uterus and baby are getting larger and therefore applying more pressure. It could also be affected by the head of the baby, which frequently positions down in the pelvis in the early third trimester. Also, an increased feeling of pressure could be because “the baby dropped,” meaning the fetal head moved lower into the pelvis as the lower portion of the uterus prepares for labor. This certainly could cause more pressure in the vagina. The “drop” usually comes along with an improvement in lung capacity (it feels a little easier for you to breathe) and the shape of the gravid abdomen changes.

As mentioned before, some women may notice varicosities or veins appearing on the labia and sometimes on the upper inner thigh area as well that look like the varicose veins we associate with being seen on legs. They are a result of the increased blood flow to the area and the enlarged pregnant uterus which literally compresses the veins in the pelvis and increases the pressure inside the veins. There is also a hormonal effect of pregnancy which causes vasodilation, or increased widening and relaxation of the veins. All of these things may lead to pelvic congestion symptoms and vulvar varicose veins. An estimated four percent of women will have had a vulvar varicosity. General risk factors for venous disease (not just vulvar) include advancing age, obesity, family history, smoking, history of leg injury or history of a blood clot in the leg. But, the good news is that the varicosity will usually resolve within six weeks of delivery.

Another one of the various vaginal changes that occur during pregnancy is an increased amount of discharge. This is because the cervix and vagina undergo hormonally regulated changes in pregnancy which cause an increased production of cervical mucus and vaginal discharge. It changes throughout pregnancy from thick and sticky to thin and watery. Pregnant women frequently feel concerned that their bag of water may have broken because of an increase in vaginal discharge later in the pregnancy.  This can be confirmed with a pelvic exam by your doctor. However, normally the bag of water breaking is very obvious, starting with a large gush of water followed by a continuous trickle of warm water. It is difficult to describe the difference between what is considered normal and what is considered abnormal discharge because there is such variation of what is normal from patient to patient and it can change throughout the pregnancy. In general, the vaginal discharge when pregnant is a little thicker and whiter than normal and there is also more of it. If there is any concern for a possible broken bag of water or if there is itching or burning associated with a change in the discharge, then you should be evaluated by a doctor. The pH of the vagina also changes during pregnancy and this could cause subtle changes in the odor which some pregnant women can be sensitive to, but unless there is burning or itching associated with the odor, it is usually very normal.

The “mucus plug” is something that women tend to worry a bit about, but usually not providers. There is increased mucus production during pregnancy at the cervix very early on. It is believed that this mucus blocks the cervical canal (which is usually less than 1 cm open if not completely closed). At the end of pregnancy or at the start of labor, the cervix will start to soften and even dilate and therefore this mucus is no longer able to be held inside the cervical canal, so it comes out. Patients may notice a thicker, stickier vaginal mucus sometimes experienced over several days or even continuously until delivery. This vague phenomenon of “losing the mucus plug” does not reliably predict labor in any way and there is no way to be certain that the mucus plug has passed, therefore it should not be matter of concern or alarm in your pregnancy.

Though many of the changes you may experience during your pregnancy may cause discomfort or uncertainty, it’s important to remember that most vaginal changes are common and normal. If you have any concerns or questions, always bring them up to your doctor for reassurance.