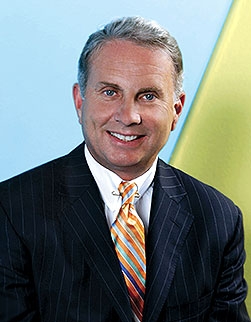 Most recently, Texas Children’s completed Promise: the Campaign for Texas Children’s Hospital, to ensure the hospital continues to evolve to meet the needs of a growing patient population who have a wider spectrum of complex needs and who come from all over the world in search of specialized treatment and compassionate care. The campaign included construction of Texas Children’s Hospital The Woodlands, which provides the highest quality pediatric care possible close to home for families in the growing communities north of Houston, as well as construction of the Lester and Sue Smith Legacy Tower at the hospital’s Texas Medical Center Campus. This new building houses additional surgical and critical care services and is home to Texas Children’s Heart Center.

In May 2015, Mr. Wallace received an Honorary Doctorate of Humanities in Medicine from Baylor College of Medicine. He also received many other honors and awards for his service to children in Houston, as well as for his leadership and contributions to health care management excellence. These include the American College of Healthcare Executives Robert S. Hudgens Memorial Award as the “Young Healthcare Executive of the Year” (1992); the Oklahoma Baptist University’s Alumni Achievement Award (1992); Earl M. Collier Award for Distinguished Healthcare Administration, the highest honor bestowed by the Texas Hospital Association (2005); the Washington University School of Medicine Health Administrations Program’s Distinguished Alumnus award (2006); Houston Leadership Award from the Jewish Institute for National Security Affairs (2009); the Robin Bush Award recognition by Bo’s Place Houston for making a difference in the lives of children in the Houston Community (2011); and being honored at the Evelyn Rubenstein Jewish Community Center’s Annual Children’s Scholarship Ball (2015).

Prior to joining Texas Children’s Hospital, Mr. Wallace was a senior vice president at The Methodist Hospital in Houston. Mr. Wallace also holds the distinction of being one of the few executives in the country who advanced to fellowship status in the American College of Healthcare Executives (ACHE) at the age of 35. He has served twice as president of the ACHE Houston chapter.

Mr. Wallace holds degrees from Oklahoma Baptist University and Washington University in St. Louis. He is married to Shannon Baronette Wallace and they have two children, five grandsons and one granddaughter.