Vaginal agenesis occurs when a girl is born without a vagina. 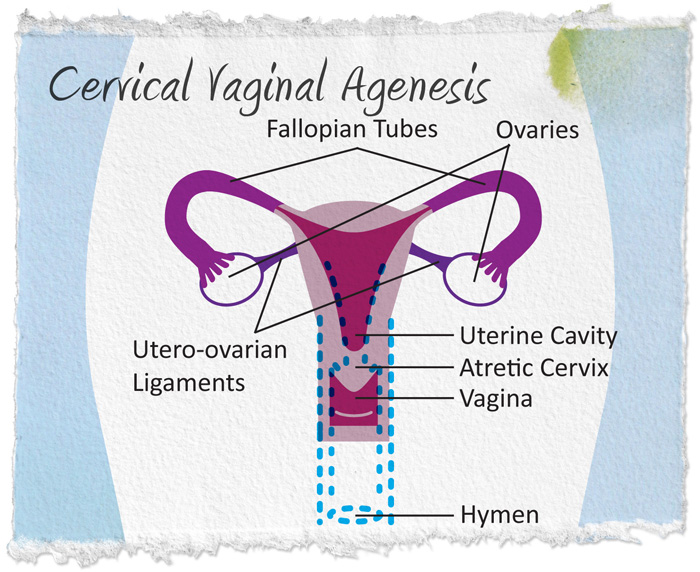 Vaginal agenesis is a congenital disorder, meaning it is present at birth. It occurs when the baby’s reproductive system fails to develop fully in the womb. Other reproductive organs may also be missing or smaller than usual. The cause of this abnormal fetal development is not yet known.

Vaginal agenesis may be one symptom of a broader condition involving several abnormalities of the reproductive system. These conditions include:

Because the outward genitalia appear normal, the condition is often not diagnosed until puberty, when a girl fails to begin having periods and visits her doctor.

Diagnosis includes a thorough medical history and physical exam, including a pelvic exam.

Additional testing may include:

Treatment depends on the individual patient and what symptoms are present.

Many girls choose to have a vagina created through: