Unicornuate uterus is a rare genetic condition in which only one half of a girl’s uterus forms.

A unicornuate uterus is smaller than a typical uterus and has only one fallopian tube. This results in a shape often referred to as “a uterus with one horn” or a “single-horned uterus.”

Women with a unicornuate uterus may also have a second smaller piece of a uterus, called a hemi-uterus.  This hemi-uterus may not be connected to the rest of the uterus. As a result, menstrual blood is unable to flow out of this hemi-uterus, causing pain. 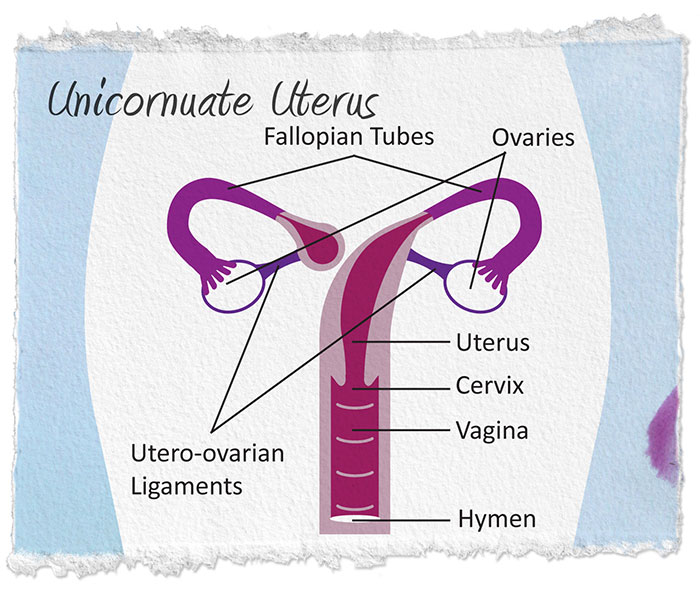 The cause of this abnormal fetal development is not yet known.

The condition may go undetected until a young woman has difficulty getting pregnant or experiences complications during pregnancy.

Diagnosis starts with a thorough medical history and physical exam, including a pelvic exam.

Additional testing may include: