A septate uterus is when a girl’s uterus has a wall of tissue running vertically up and down the middle of it, separating the uterus into two cavities. 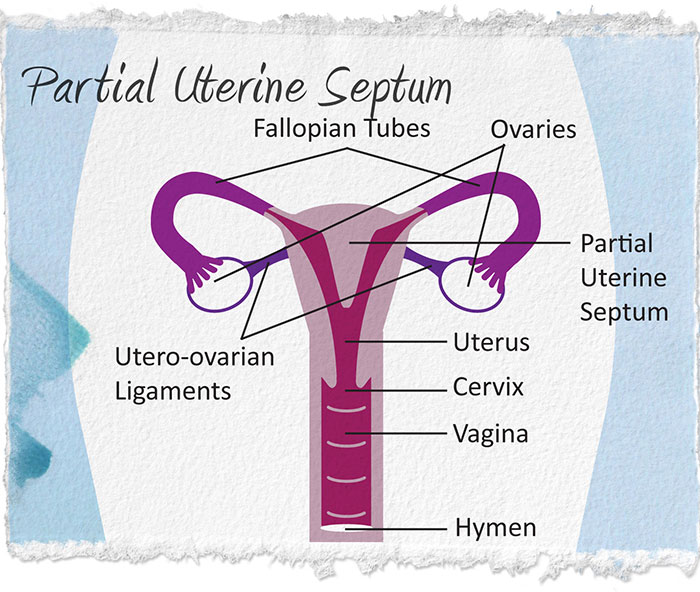 A septate uterus is a congenital disorder meaning it is present at birth. It occurs when the two parts that are supposed to join together to develop the uterus don’t come together properly during fetal development.

Diagnosis starts with a thorough medical history and physical exam, including a pelvic exam.

Additional testing may include imaging, such as an ultrasound or MRI (magnetic resonance imaging), to create pictures of the uterus and look for abnormalities.

When necessary, surgery can be performed to remove the wall of tissue.