The hymen is a thin membrane shaped like a half moon that partially covers the opening of a young girl’s vagina, allowing space for menstrual blood to flow out.

A septate hymen is when this thin membrane has a band of extra tissue in the middle that creates two small vaginal openings instead of one, making it difficult to get a tampon in or out. 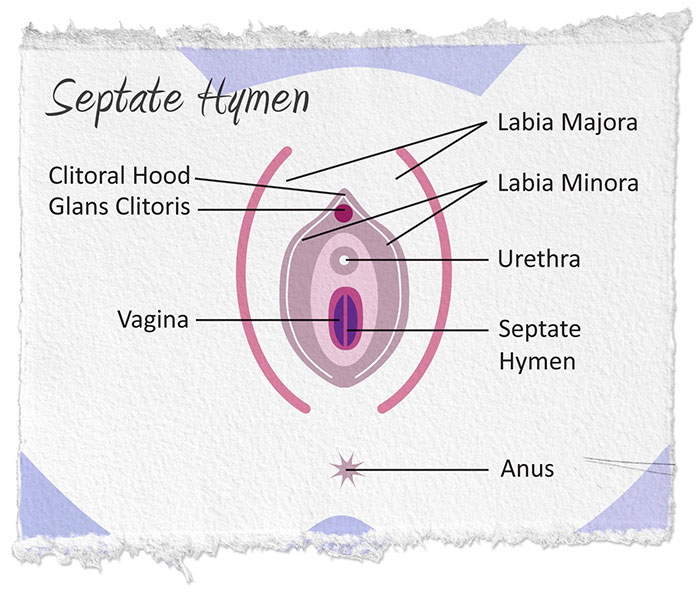 A septate hymen is a congenital disorder, meaning it is present at birth. It occurs when the hymen membrane does not form properly during development of the fetus.

There may be no symptoms until a girl reaches puberty and begins using tampons during her periods.

A septate hymen may not be discovered until puberty when the girl begins having problems using tampons during her periods, or has problems with sexual intercourse.

Diagnosis can be made through a physical exam.

In most cases, as for imperforate hymen and microperforate hymen, minor surgery is performed to remove the extra band of tissue and create a single, normal-sized vaginal opening. However, the extra tissue can be torn during tampon insertion or sexual intercourse.