Cervical duplication is a rare genetic condition in which a girl is born with two cervices. The cervix is the lower part of the uterus, sometimes called the “neck,” that connects the uterus to the vagina.

Often cervical duplication occurs along with a condition known as uterine duplication where the girl has a double uterus. 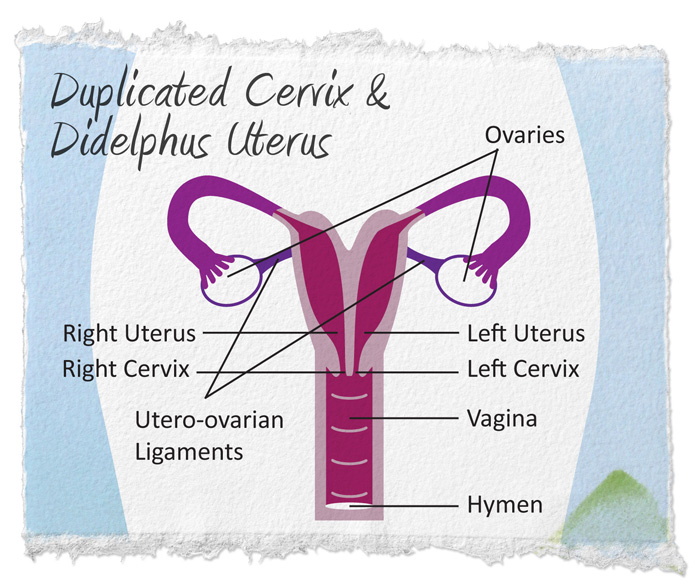 Cervical duplication is a congenital disorder, meaning it is present at birth. It occurs when the cervix doesn’t form properly during development of the fetus.

In some cases, girls may not realize they have a double cervix because they have no symptoms and their outer genitals appear normal.

If they do have symptoms they are usually caused by other abnormalities that exist in their uterus and/or vagina.

A duplicate cervix may be discovered during a pelvic exam, which may prompt additional testing including:

Treatment is typically not urgent unless the condition causes symptoms or if the woman is pregnant or trying to get pregnant.

Treatment strategies are then focused on reducing the chance of complications during pregnancy – such as preterm delivery, miscarriages or breech births (feet first) – that can be caused by abnormalities of the reproductive organs.

Girls with cervical duplication will need a pap smear performed from each cervix.