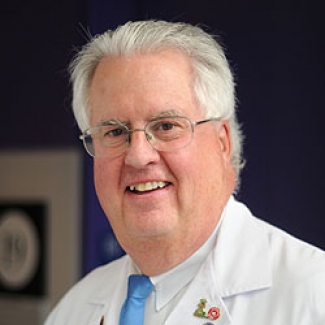 Dr. Moodie has been the Senior Editor of the Journal Congenital Heart Disease whose readership during that time has increased 130%. The Journal has not only grown substantially in North America and Europe, but in the Far East and Eastern Europe as well. The Journal was indexed within one year of publication something that rarely occurs with a new journal in less than three to five years by the Library of Medicine. This stands as a testament to the quality of articles in the Journal. Dr. Moodie has organized and consolidated adult services at Texas Children's Hospital in both the inpatient and the outpatient areas. In addition, he has worked with young staff and Fellows in regards to their career goals, as well as increasing academic output. Seven Fellows abstracts were accepted by the Cardiology Section of the American Academy of Pediatrics and the expectation is that there will be another half dozen accepted by the American Heart Association, meaning a dramatic increase in the Fellows? academic output from previous years. Dr. Moodie published 19 papers in 2009-2010, had five abstracts and posters presented, and gave six national/regional presentations.