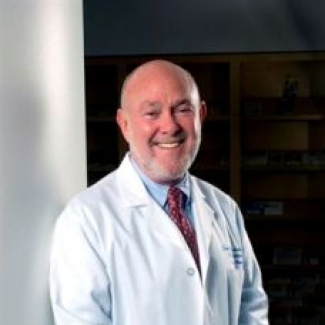 Dr. David Poplack is internationally recognized as a leader in the field of pediatric oncology and served as Director of Texas Children’s Cancer and Hematology Center for 25 years. Under his leadership, Texas Children’s Cancer and Hematology Center grew exponentially – from seven faculty members, 42 employees, 1 laboratory and less than $350,000 in annual external grant funding in 1993 to nearly 200 faculty members, 1,100 employees, 46 laboratories with >100,000 square feet of laboratory space and $50 million in annual external grant funding.

Dr. Poplack serves on the editorial board of numerous subspecialty journals. He is the Editor for Pediatric Oncology for Up to Date. He is also the developer of the Passport for Care®, an interactive website that addresses the need to provide long-term survivors of childhood cancer and their caregivers with screening guidelines and resources individualized to the survivor’s treatment history.

Dr. Poplack has served on many national and international committees, including panel appointments at the National Institutes of Health, the Food and Drug Administration (FDA) and the Institute of Medicine and a term as an appointed member of the National Cancer Institute’s Board of Scientific Counselors. In 2016, Dr. Poplack was awarded the American Society of Pediatric Hematology-Oncology Distinguished Career Award, as well as the Hyundai Hope on Wheels Lifetime Achievement Award. In 2018, Dr. Poplack was the inaugural Angel Award recipient, for lifetime achievement, from the Children’s Brain Tumor Foundation. In 2019, Dr. Poplack received the Leonard M. Rosen Memorial Research Award from the Children’s Cancer Cause in recognition and support of his life-saving work around the world. Also, in 2019, he received the Lifetime Achievement Award from Alex’s Lemonade Stand Foundation.

Dr. Poplack is a graduate of Tufts University. He received his M.D. degree from Boston University School of Medicine, completed his pediatric internship at Stanford University, his residency in pediatrics at Boston Children’s Hospital, and his fellowship in pediatric hematology-oncology at the National Cancer Institute in Bethesda, Maryland.

Dr. Poplack has been the Principal Investigator on numerous high impact grants and has raised millions of dollars for cancer and hematology research through his philanthropic activities.

All kids with cancer deserve a fighting chance

Why September is important

The Future of Osteosarcoma and Other Pediatric Bone Tumors