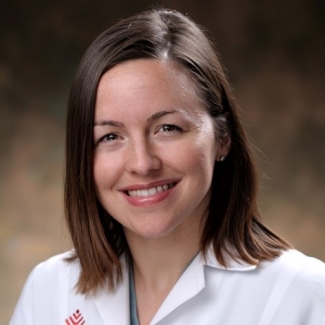 Brandy Berger is a pediatric nurse practitioner with the Department of Neurosurgery at Texas Children's Hospital. Her nursing career began at Texas Children's in 2005, holding positions on the general surgery/orthopedics unit, neuro/neurosurgery unit, and pediatric intensive care unit. She unexpectedly developed a special interest in the neurosurgery population and the unique role of the nurse practitioner. She went on to obtain her master’s degree from University of Texas Health Science Center in 2012.  Brandy has been with the Pediatric Neurosurgery group developing the role of the NP since 2012. She feels very fortunate to work with the talented Pediatric Neurosurgeons and APP team at Texas Children's Hospital.

She spends her time off with her husband, 3 little boys, 2 of which are twins, and 3 dogs.  Her special interests are running and traveling.