Let's chat about the HPV vaccine 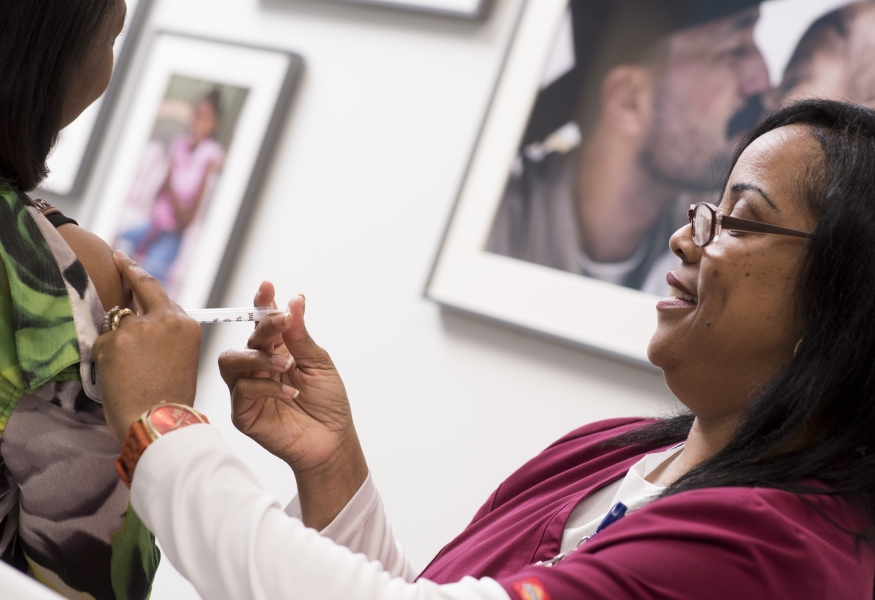 I’m Shelly, a pediatric nurse practitioner and lactation consultant at Texas Children’s. For the parents reading, we need to chat about an easily transmitted infection posing a serious threat to our teenagers and young adults today – human papillomavirus (HPV). I don’t mean to beat a dead horse, but this particular conversation must continue until misinformation is tackled and all of our children are adequately protected.

I understand some would rather avoid this sensitive subject, but it’s just you and me talking here. Hearing “sexually transmitted infection (STI)” used in the same sentence as “your kid” is enough to send chills up any parent’s spine. I get it – I have a 16 and 21 year old. I want to keep them safe in a protective bubble, but that isn’t our reality.

The reality – 9 in 10 of those who are sexually active will be infected with HPV at some point in their lives, even though it’ll fade away with no symptoms for most. It’s the most common STI out there, affecting approximately 79 million people across the nation, primarily those in their late teens and early twenties.

Did I get your attention? HPV is so common that nearly every person who is sexually active will eventually be infected if not vaccinated. That’s right – the numbers are huge, proving HPV doesn’t discriminate. It affects the jocks, scholars, cheerleaders, band members, girl scouts and so on.

We know of over 100 varieties of HPV, which is spread through sexual intercourse and intimate skin-to-skin contact during sex. Once transmitted, a slew of health issues for both men and women could arise for the few unlucky, ranging from skin growths and warts to cancer. The high-risk strains of HPV – such as types 16 and 18 – cause the majority of HPV-related cancers, including those of the cervix, vagina, vulva, penis and anus. There is no treatment or cure available for these harmful strains that linger, but the vaccine will prevent most of them from wreaking havoc on our children.

The United States has the safest, most effective vaccine supply for HPV in its history, according to the Centers for Disease Control and Prevention (CDC), and federal law requires years of careful testing to ensure vaccines like these are safe before made available to the public.

The American Cancer Society reports that over 270 million doses of the HPV vaccine were distributed worldwide, including 100 million doses in the U.S. If the vaccine is administered at age 11 or 12 – long before the onset of sexual activity – it will provide the best possible prevention. According to some studies, younger adolescents respond better to the vaccine than older adolescents and young adults.

“Well, my child isn’t sexually active.” I hear this often, but I challenge those to think about it differently. The vaccine is a simple shot – just like any other shot we administer to our children to prevent disease. Why should HPV be treated any differently than tetanus, hepatitis or polio? It’s standard practice to vaccinate people before they’re exposed to infection.

“I don’t want this vaccine to open the door for sexual activity.” OK, interesting thought. When we give our kids the tetanus shot, we don’t say, “Go run around barefoot and step on rusty nails!” It doesn’t work that way, y’all. We know better than this.

In fact, many different studies fail to support the claim that kids who receive the HPV vaccine will start having sex before their peers who didn’t, or they will have more partners after becoming sexually active. In Canada, children have been receiving the HPV since around 2003, and researchers saw sexual activity rates actually decrease amongst teens over the years. I’m not saying the vaccine caused the drop, but maybe parents are talking to their kids more openly and honestly about sex as a result of the widespread vaccine acceptance.

Did I talk to my kids about sex? Of course! It’s an important responsibility for a parent. However, pursuing the vaccine doesn’t require you to have the sex talk with your 11 year old. To the kids, it’s another dreaded shot – a shot that can prevent cancer. Guys, that’s huge!

We buckle our kids into car seats, make them wear helmets and warn them about the dangers of suspicious strangers and distracted driving. We already protect them from meningitis, measles, pertussis and many other ailments through vaccines. Why are some still so hesitant about the HPV vaccine? If we called it the “cancer prevention vaccine” or removed its association with sex, would anything change?

Let’s face it – our kids are eventually going to have sex. It may not fit with our timeline, but it’s bound to happen. We don’t necessarily have to agree with the choices they make, but we’re allowed to protect them from harm when given the opportunity. Let’s start to rethink these stigmas associated with HPV and set our kids up with protection from this cancer-causing virus.

Once your child is 11 or 12 years old, they should receive two doses of the HPV vaccine, six to 12 months apart. Those who receive their two doses less than five months apart will need a third shot. Teenage boys and girls who did not start or complete the HPV vaccine series when they were younger should get it now.

January is Cervical Health Awareness Month. Nearly 13,000 women in the United States are diagnosed with cervical cancer each year, but the disease is preventable through vaccination and appropriate screening. Here’s what you can do.
For more information on the HPV vaccine, click here. To find your nearest Texas Children’s Pediatrics location, click here.