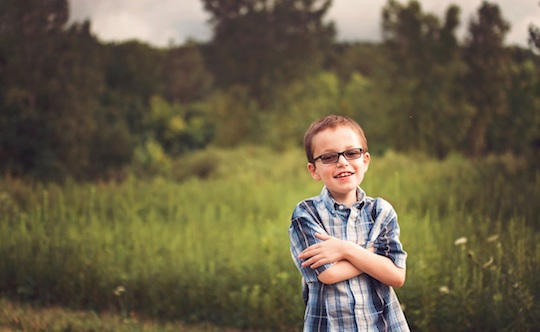 "Do not research this disease on the Internet when you get home." This odd, but stern discharge instruction given to us by our infant son's new neurologist felt more like a challenge to my peace of mind rather than sound advice. How could we be expected to follow these instructions when we felt like we were gearing up for an all-out war with an unheard of disease? We were warned of the worst case scenarios we'd encounter through online research, but I swallowed my heart and typed "tuberous sclerosis complex (TSC)” into the search engine on our computer. In October 2008, two seizures took us to a local hospital in Ohio with our then 3-month-old son, Aiden. After running a few tests, the physician mentioned TSC and sent us to a children's hospital. With no further explanation, we made the longest drive of our lives. Our arrival did nothing to quell our escalating fears because the hospital staff was too unfamiliar with the disease to give us any real answers. Answers finally came when we met with the doctor who would become Aiden's neurologist. He did his best to explain the location and size of the tubers which were causing his epilepsy while my husband and I stared helplessly at the images of our little boy's brain. Like many who face a rare diagnosis, we felt very alone. We knew we would walk out of that hospital very different people than when we walked in, and it would take years to understand the magnitude of his diagnosis. Even though I went against our neurologist's advice and came across many worst case scenarios during my online research, I also found a community of support through the Tuberous Sclerosis Alliance and Facebook groups. One month after Aiden was diagnosed, he began having abnormal, repetitive movements I recognized as infantile spasms thanks to a video posted on the Tuberous Sclerosis Alliance's website. For the next five years, we tried almost every anti-epileptic medication available and worked to lessen the widening gap in his developmental delays due, in part, to secondary diagnoses like epilepsy and autism, all on very little sleep. We were exhausted fighting this uphill battle and decided to seek specialized care at a Tuberous Sclerosis Clinic. Surgery was mentioned several times since his diagnosis, but we resolved to try and exhaust every other avenue before we would consider it. In February 2013, Aiden started a new medication called Afinitor. By mid-April, he stopped having seizures. It was our last hope before surgery and it worked. He was able to start kindergarten that fall and because his brain wasn't frequently bombarded with seizures, he was finally making developmental progress, as well as gaining physical strength. Afinitor was the answer to our prayers until one seizure ended his blissful, seizure-free year. From that moment on our lives began to be ruled by fear. The spasms began to mix with seizures like never before – seizures that would drop him with no warning and violently shake him, and those that would strike and leave him paralyzed for as long as 20 minutes. At times, we felt as lost and afraid as we did at the hospital when he was diagnosed, but mostly we stayed strong for our son who had already been through so much. Surgery was our last and best option. After we waited for so long to make this decision, we wanted the best surgeon and decided to follow Dr. Howard Weiner to Texas Children's Hospital. This past June, we met with Dr. Weiner, Texas Children’s chief of neurosurgery, and his colleague, Dr. Daniel Curry. The duo could offer laser neurosurgery as an alternative option to the open cranial surgery commonly used to treat epilepsy in TSC patients. From there, the very best team I could imagine was assembled to care for our son. After the completion of his tests from our initial visit, Aiden was determined to be a good candidate for surgery. We promptly returned to Texas full of fear and anticipation. Dr. Weiner, Dr. Curry and their team would work together to complete a three-part neurosurgery process. My husband and I held hands as comforting words escaped us while we sat for more than 13 hours during his first surgery. Depth electrodes were placed deep into Aiden’s brain so they could monitor seizures close to their source. This would help them determine what specific tubers were causing his epilepsy and what type of surgery would be the most successful at their removal. We were elated when the decision had been made to perform laser surgery, and more so when the day finally arrived. Following surgery, our son, who just days before had the most terrifying seizures we had ever seen, had none at all. He also had noticeable cognitive improvement, including language and motor skills. Amazing still is what we witnessed after his final surgery to remove the remaining electrodes. Despite spending the last three weeks confined to a bed, we couldn't stop him from walking the halls. He also had an appetite for solid food which he hadn't had in years. Most importantly, he had joy on his face. The team at Texas Children's gave renewed joy and hope back to our family. It has been a lon 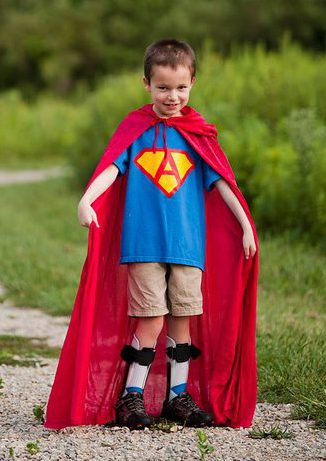 g eight years of disappointments and setbacks for a little boy who had resigned himself to epilepsy. Restarting his anti-epileptic medication has delayed some of the progress we saw post-op, but protecting his healing brain is our first priority right now. I can't wait to see what more he can accomplish when the team begins to wean his medication. We could have been the worst case scenario no one wants to read about after being diagnosed with TSC, but Dr. Weiner, Dr. Curry and the team at Texas Children's helped rewrite our story. In the end, TSC didn't become the adversary we once feared, but the catalyst in having a more fulfilled life.
Author
Danielle Myers, mother of patient