Living On Half Of A Kidney: Olorato's Story | Texas Children's Hospital

Celebrating Thanksgiving safely amid the COVID-19 pandemic
The most common questions about ear tubes
Injury Prevention Day
Kindness may be just the right medicine for 2020: How you can help your kids practice kindness
Anti-racism and allyship: Coloring a new conversation

Living On Half Of A Kidney: Olorato's Story 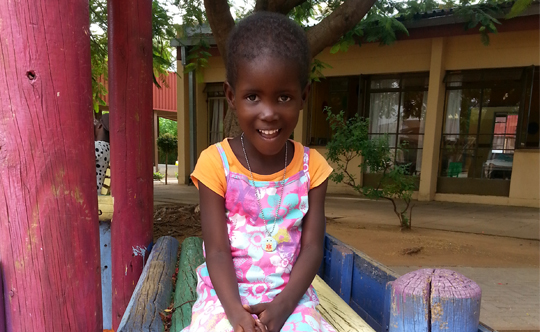 When I first met Olorato, a precious two year old little girl, my first thoughts of her prognosis (or chance of survival) were dismal. She presented with a very large abdominal mass and obvious blood in her urine. On her CT scan I immediately identified that her left kidney had been destroyed by a tumor and that it was hemorrhaging - the source of the blood in the urine. Based on her age and the CT scan, I presumed that she had Wilms tumor, the most common kidney tumor in young children. Unfortunately, there was also a large tumor in her right kidney. She had bilateral or stage V Wilms tumor, cancer in both kidneys. While bilateral Wilms tumor is manageable in the USA, I feared it was unsurvivable in Botswana where resources are limited. 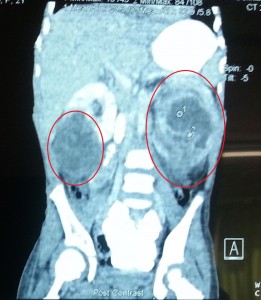 Unwilling to concede defeat, I continued to work on a plan for this child. The right kidney was affected mostly the lower part of the kidney with the top of the right kidney looking healthy on the CT scan. I met with her parents and explained the poor prognosis for their daughter but assured them we would do all that we could. We quickly started chemotherapy hoping that it would shrink the tumors and stop the bleeding. For days, we watched the bloody urine and gave blood transfusions to replace what she was losing. After several days, the bleeding finally stopped. As the tumors were shrinking with chemotherapy, we grew more hopeful that she could survive with a very specialized surgery. Since this procedure was not available in Botswana, I reached out to pediatric oncologists in neighboring South Africa for their assistance. They reviewed the case with their pediatric surgeon and they agreed to take the case. The Botswana government generously agreed to send Olorato to this surgeon and cover the medical costs. The surgeon removed the entire left kidney and half of her right kidney. She tolerated the surgery well but still had a long way to go. When she was fully recovered from her surgery, she returned to Botswana where we continued her chemotherapy and she was able to get radiation therapy at a local private hospital. She has been off therapy for almost a year with no evidence of cancer!

She is thriving on just one half of one kidney. We obtained a medical alert necklace for her to wear because we want everyone to know how important it is that her remaining half-kidney stays healthy. Olorato has to worry about not becoming dehydrated or taking medication which could damage her remaining half-kidney. The road of survival ahead of her can have bumps such as a recurrence of the cancer or late effects of the treatment, but Olorato has already proven she is a survivor despite all of the odds against her. For more information about the Global Oncology Program at Texas Children's Cancer and Hematology Centers, visit here. 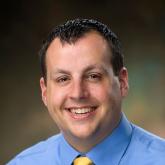