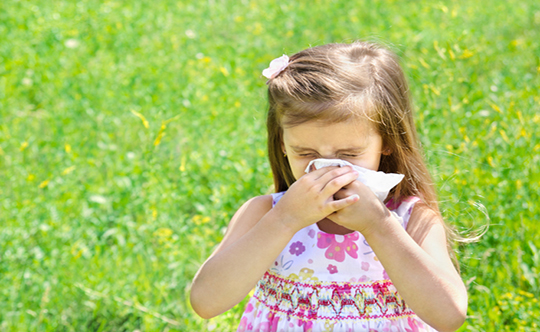 In a previous blog (A Parent’s Guide to Over-the-Counter Medications), parents were given some important tips to help them safely navigate their way through the children’s pharmacy aisle.  However, deciding between over-the-counter (OTC) brands and medications can sometimes be confusing and overwhelming. Today, let’s go through some of the most common fever, allergy and cold/cough medications available:

Fever and pain in children can be safely treated with 2 medications, acetaminophen and ibuprofen. As shown in the table, each of these generic medications is marketed and sold under several, different brand names.

Because these medications use different active ingredients and mechanisms to treat symptoms, parents can use both acetaminophen and ibuprofen (alone or in combination) to safely treat their child’s fever and pain. Of note, aspirin should not be used in children (less than 16 years of age) with viral illnesses due to an association with Reye’s syndrome, a serious and potentially life-threatening illness. Additionally, although acetaminophen can safely be used in infants and children of all ages, fever-reducing medications should not be given to babies less than 2 months of age prior to speaking with a pediatrician or healthcare provider. For more information on fever and its causes and treatment, visit here. Allergies:  Children with allergic symptoms, such as an itchy/runny nose, sneezing/sniffling, or watery/pink eyes, may need to take a daily medication to help reduce their symptoms.  Diphenhydramine, loratadine, cetirizine, and fexofenadine are all common antihistamines, or medications which block histamine from causing allergic symptoms. As shown in the table, many of the generic, allergy medications have several different brand names:

Diphenhydramine is a quick-acting antihistamine that requires more frequent dosing and is typically used to treat shorter-acting symptoms, such as hives, itchiness, or severe allergic reactions. Additionally, because it causes drowsiness, diphenhydramine is oftentimes found in many nighttime cold and cough medications. Loratadine, cetirizine, and fexofenadine, on the other hand, can be used for more persistent or chronic allergic symptoms since they’re longer acting and only given once or twice a day. Although they use different active ingredients to treat allergic symptoms, they all similarly block histamine and should not be used in combination unless advised by your pediatrician or healthcare provider!

Cold and Cough:  Triaminic®, Dimetapp®, PediaCare®, Robitussin®, Mucinex®, and Sudafed® are some of the most popular, over-the-counter cold and cough medications available today. Active ingredients, such as acetaminophen (fever reducer), brompheniramine (antihistamine), chlorpheniramine (antihistamine), diphenhydramine (antihistamine), phenylephrine (decongestant), dextromethorphan (cough suppressant), and guaifenesin (cough expectorant), either alone or in combination, are found in all of these brand-named medications.  The difference between each brand (and their multiple products) lies in the “recipe” of active ingredients found in each medication. For example, Dimetapp® Multi-Symptom Cold & Flu is composed of acetaminophen, chlorpheniramine, dextromethorphan, and phenylephrine, whereas Mucinex® Multi-Symptom Cold is made up of dextromethorphan, guaifenesin, and phenylephrine.

It’s important to remember that over-the-counter cold and cough medications should NOT be used to treat infants and children less than 6 years of age. Research does not support or show that these medications provide any symptomatic relief or improvement in younger children, and have been associated with serious and potentially life-threatening side effects related to their use. Alternative medications and products, such as normal saline (salt water) sprays, suction bulbs/syringes/aspirators, and cool mist humidifiers, can all be safely used in young children.

If chosen and used appropriately, common, childhood symptoms and illnesses can be safely treated with over-the-counter medications. However, if your child has a chronic, medical illness or severe and persistent symptoms, you should always speak with your pediatrician or subspecialty doctor prior to starting any new medications. If your child accidentally takes too much medication or the wrong medication, call the Poison Control Hotline at 1-800-222-1222, but if he/she becomes unresponsive, stops breathing and turns blue, develops seizure-like activity, or appears very ill, call 911 and seek medical care immediately.