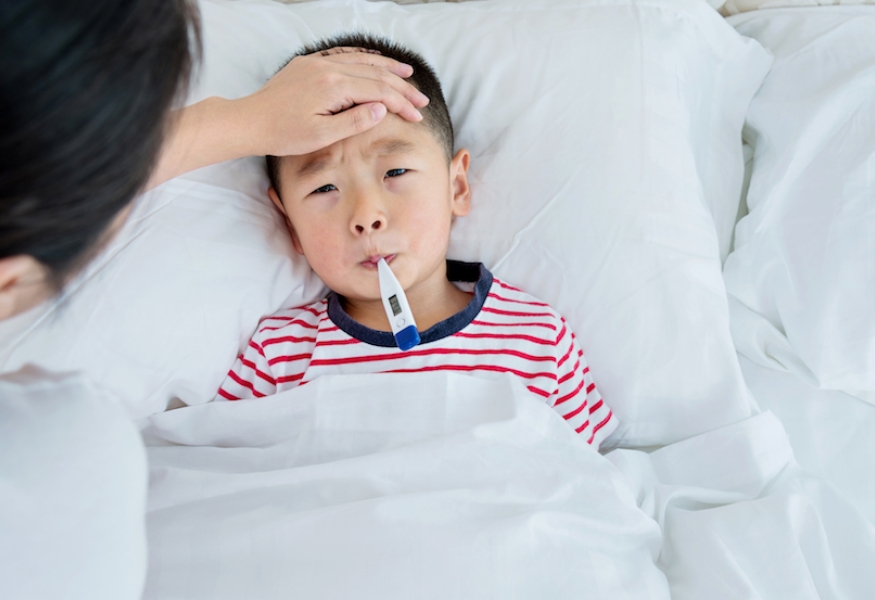 "The flu shot can give you the flu."

The flu vaccine contains a killed virus, so it is not possible to get infected and “catch the flu” from the shot.

Symptoms commonly associated with the vaccine include soreness at the injection site, generalized achiness, and possibly low-grade fever following the injection which are due to your body’s immune reaction to the vaccine. These symptoms are actually indicating that your immune system has been primed to fight off the influenza virus should you be exposed to it.

"You don’t need a flu shot this year if you got one last year."

There are multiple strains of influenza virus, and typically different strains will predominate from one year to the next. Additionally, even the same strain of virus can change. Our immune systems will often not recognize a different or changed strain, therefore, the need for yearly vaccination. Each year infectious disease experts predict which strains of influenza are likely to predominate, and that information is used as a guide for which strains to include in that coming year’s vaccine. The current version of the flu vaccine contains two A strains and two B strains based on these predictions.

Often symptoms associated with influenza may mimic many of the same symptoms suffered from a cold (upper respiratory infection) – cough, nasal congestion, sore throat. However, the influenza virus is different from the large number of respiratory viruses that cause colds. The high fevers and severe body aches are only part of the difference. More importantly, the influenza virus has a tendency to affect the airways and lungs, resulting in hospitalization and even death.

While the impact of flu varies, it places a substantial burden on the health of people in the United States each year. The CDC estimates that influenza has resulted in between 9.2 million and 60.8 million illnesses, between 140,000 and 710,000 hospitalizations, and between 12,000 and 56,000 deaths annually since 2010.

"I never get the flu so I don’t need to be vaccinated."

This is a common misconception. One’s ability to get through one or more seasons without suffering symptoms of influenza is not a predictor for any subsequent exposure.

"I should wait to get vaccinated so my immunity lasts through the end of the season."

The timing of Influenza activity is unpredictable, and we may see cases as early as late summer. The best time to get vaccinated is as soon as the vaccine becomes available each year. There is no evidence that one’s immunity from the vaccine diminishes enough throughout the influenza season to warrant delaying the vaccine.

This is another myth that is often offered as a reason to avoid immunizing. The ingredients in the influenza vaccine are there to stabilize the components of the vaccine and prevent bacterial contamination. These ingredients are present in tiny amounts, usually less than what we are exposed to every day in the environment or in foods.

A lot of publicity has focused on thimerosal, a preservative used in multi-dose vials to prevent contamination. Thimerosal contains mercury, although the form of mercury in thimerosal is different than the form commonly associated with toxicity in humans, and again, is present in miniscule amounts. Even so, most pediatricians now use single dose vials or pre-filled syringes which do not contain thimerosal.

"Getting the flu vaccination is all you need to do to protect yourself from the flu."

While the influenza vaccine is the single most important means of protection against influenza, we all need to remember to wash our hands frequently. Potentially contaminated surfaces in public areas (such as doorknobs, eating utensils, computer keyboards, etc.) are especially likely to spread infection.

"You can't spread the flu if you're feeling well."

Unfortunately, one can be contagious and highly capable of spreading the flu prior to the onset of any symptoms.

"If you have a high fever with the flu you need antibiotics."

Antibiotics are only effective against bacterial infections. Influenza is a viral infection, so antibiotics will not be effective. However, an anti-viral medication, if started within 48 hours of the onset of influenza infection, can lessen the severity and duration of symptoms. You should consult your physician regarding the advisability of taking such a drug.

Antibiotics are appropriate to treat secondary bacterial infections that may occur as a consequence of influenza infection. Bacterial pneumonia is the most common secondary infection associated with influenza.