Young Woman’s Battle With Autoimmune Disease Inspires her to be a Voice for Others
Doing What He Loves To Do
Standing Tall: Toddler Takes First Steps While Fighting Cancer
Young Cancer Patient Runs Past Milestones at Texas Children’s Hospital
Princess-Loving Patient Overcomes Cancer as Thriving Preschooler
Department
Infectious Disease 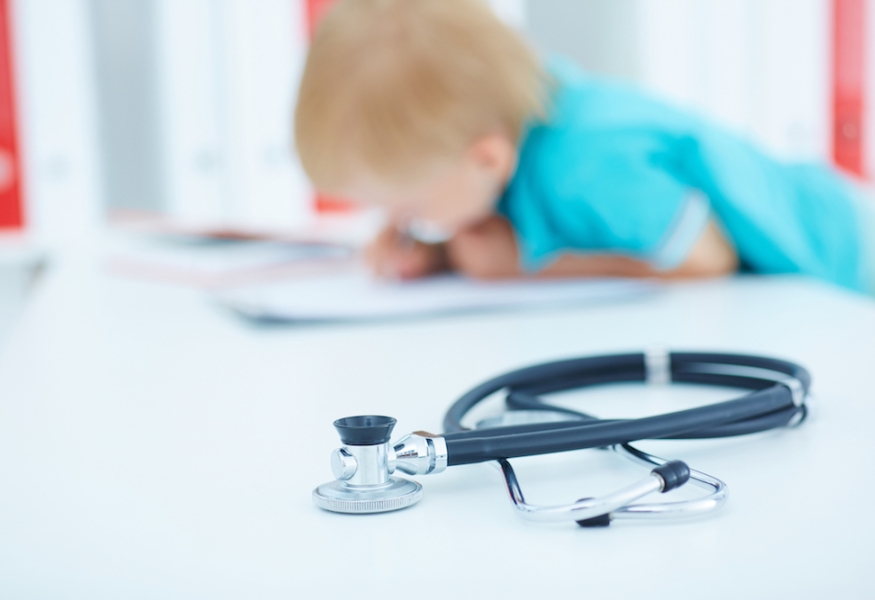 What is tuberculosis (TB)?

TB is a chronic pulmonary disease caused by infection with a bacterium, Mycobacterium tuberculosis, which is primarily spread through droplets coughed or breathed into the air. TB usually affects the lungs, but can also affect the lymph nodes, spine, brain or any other part of the body.

There is a difference between being infected with the TB bacterium and having active disease.

What are the three stages of TB?

Who is at risk for developing TB?

TB can affect all ages, races and genders. The risk for children to become infected is most strongly determined by the risk level for the adults in their environment from whom they may acquire the TB bacteria.

People with TB infection are not contagious; only people with symptomatic TB disease can transmit the organism to others. TB is spread through the air when a person with TB disease in the lungs coughs, sneezes, speaks, sings or laughs. Repeated exposure to the germs is usually necessary before a person becomes infected. It’s extremely unlikely for TB germs to be spread through personal items, such as clothing, drinking glasses, utensils, handshakes, toilets or other items a person with TB disease has touched. Good air flow is an important measure to prevent the spread of TB.

What are the symptoms of TB disease?

Different symptoms of TB disease are present depending on the age of the child affected. The following are the most common symptoms:

The symptoms of TB may look like other common illnesses, such as the flu or a bad cold, but last longer. Always consult your child's doctor if you have concerns for your child.

How is TB diagnosed?

TB infection is diagnosed with a TB skin test or a blood test called an interferon-gamma release assay (IGRA).

In the skin test, a small amount of testing material is injected into the top layer of the skin. If a certain size bump develops within two or three days, the test may be positive for TB infection. For the IGRA test, blood is drawn and analyzed in the laboratory. Additional tests to determine if a child has TB disease include a physical examination and chest X-rays.

Most children in the U.S. have little to no risk for acquiring the TB germ and do not need to be tested. TB skin tests or IGRAs are recommended for children who live in close contact with people who are at high risk, have been exposed to a possible or confirmed TB case, or have symptoms consistent with TB.

The American Academy of Pediatrics recommends immediate testing by the skin test or blood test for children who are thought to have been exposed to TB in the last five years, have a chest X-ray that looks like TB, have symptoms of TB, or has traveled or immigrated recently from a country where TB is prevalent. Periodic testing is recommended only for children with HIV infection and children in detention facilities.

How is TB treated?

Treatment for TB disease can include a short-term hospitalization or medications.

For TB infection in children, several drugs and drug regimens are available. A nine-month course of isoniazid taken daily given to kill off the TB organisms in the body is very effective, but takes a long time. A four-month course of rifampin can be used, as well as a once-weekly, 12-dose regimen of isoniazid and rifapentine, a "cousin" of the drug rifampin. The choice of regimen will depend on the child's age, other health conditions, other medications the child is taking, the availability of the drugs and cost.

For TB disease in children, three to four medications are typically prescribed at once for six months or longer.

After two weeks of treatment with the effective medications, most adult and adolescent patients are no longer contagious. However, a cure of the disease occurs only if the treatment is carried through to the end, as prescribed by your physician.