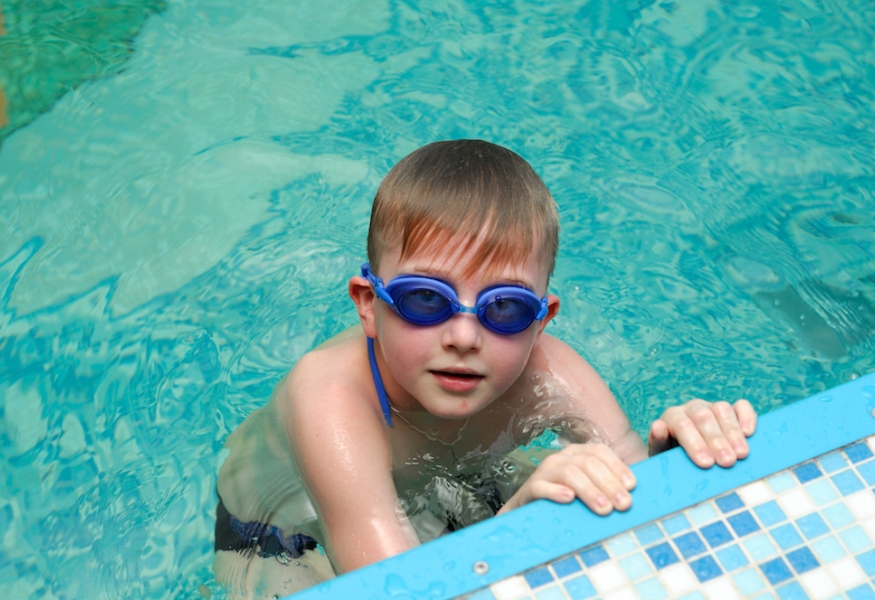 It’s the perfect time of the year to go swimming in your backyard pool, neighborhood lake or local beachfront, but an easily avoidable foe is always lurking around the corner and ready to inflict some pain – swimmer’s ear.

Swimmer’s ear, medically referred to as acute otitis externa, is an infection of the ear canal – the passage carrying sound from outside of the body to the eardrum. Swimmer’s ear is primarily brought on by bacterial infection, most commonly from pathogens like Pseudomonas aeruginosa and Staphylococcus aureus.

Our external ear canals are warm, dark and prone to moisture, which makes them an ideal environment for bacteria and fungi to grow. The canals can be easily traumatized as well, partially due to the thin layer of skin covering them. Cerumen, or earwax, helps protect the ear canals by forming an acidic coating that prevents growth of bacteria and fungi. Too little earwax can predispose the ear canal to infection, and conversely, too much earwax can block the ear canal and cause water and/or debris to get stuck behind it. This can greatly increase risk of infection.

Kids who spend a lot of time in the water expose their ears to a lot of moisture, increasing the pH of the ear and removing earwax in the process. Once this protective earwax is gone, the canal becomes irritated as skin starts to break down and keratin debris absorbs water, creating an ideal environment for bacteria to flourish. Swimmer’s ear impacts many during summertime, when swimming is prevalent.

You don’t have to swim to get swimmer’s ear, though. Anything causing a break in the skin of the ear canal can lead to an infection. This includes dry skin, eczema, scratching, frequent cleaning and placing foreign objects in the ear canals, such as bobby pins or papers clips.

Factors contributing to swimmer’s ear include:

What are the signs to watch for?

Ear pain is the most common symptom of swimmer’s ear, but the ear canal might itch for some people before the pain starts. This pain might worsen with chewing and pulling/pressing of the outer ear, and might become too severe for relief from ibuprofen or acetaminophen.

The outer ear might look red or swollen, and lymph nodes around the ear can become enlarged and tender to touch. Some will experience drainage from the ear canal, and the discharge might look clear initially before turning cloudy, yellowish and pus-like.

Hearing might be affected temporarily if swelling or discharge blocks the passage of sound into the ear. Fever is not typical in most cases.

How is swimmer’s ear treated?

Treatment will depend on the severity of infection and magnitude of the pain. In some cases, it can be treated at home. If the ear canal is obstructed by earwax or debris, it must be carefully removed by a health professional. Depending on irritation, this process will typically require gentle suctioning under direct visualization with an otoscope, or under a microscope.

For those seeking treatment outside of home, topical antibiotic ear drops are more effective than oral antibiotics in most cases. Ear drops contain antibiotics to fight the infection, and some are mixed with a steroid to reduce swelling of the ear canal. Ear drops are usually given twice a day for seven to 10 days.

Over-the-counter pain relievers can usually manage ear pain, but a prescription pain medication might be needed if the pain is severe. Once treatment begins, your child will start to feel better in a day or two. Swimmer’s ear is typically cured within seven to 10 days. It’s critical to keep water out of the ear during treatment to help clear the infection.

Can swimmer’s ear be prevented?

Absolutely. Using over-the-counter ear drops made of a dilute solution of acetic acid or alcohol after swimming can help to prevent swimmer’s ear, especially in children who frequently suffer from it. These drops are available without a prescription at drugstores. Do not give these drops to children with ear tubes or a perforated eardrum – antibiotic ear drops can be used in these cases.

Ear plugs can also limit moisture during swimming. If your child is prone to wax impaction, removing the impacted earwax can help avoid blockage and infection. You can also use a hair dryer on low setting to help dry out moisture after swimming. Remember to never put objects in the ears, including cotton-tipped swabs.