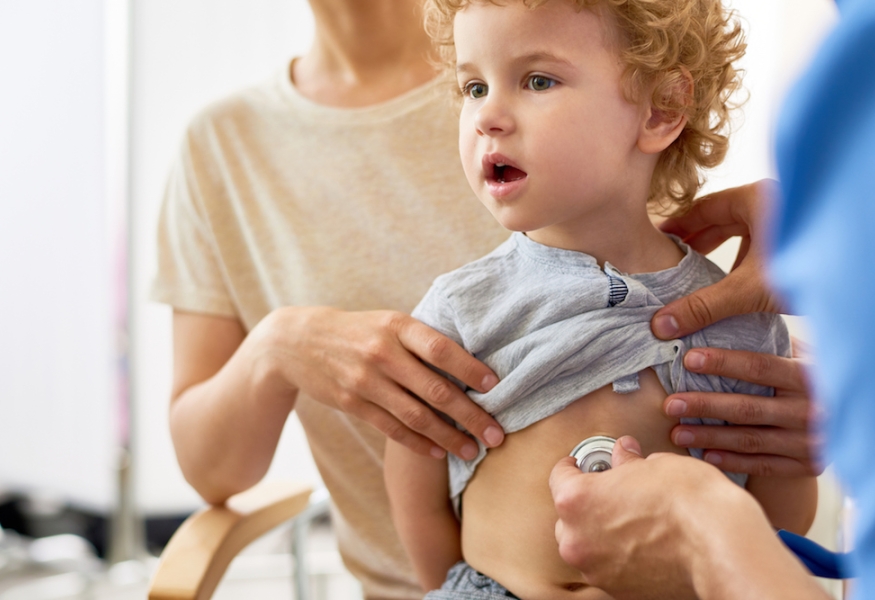 Congenital heart disease (CHD) is the most common birth defect in the world, affecting the hearts of thousands of children each year. However, CHD affects more than just the heart. Abnormal cardiac development can have significant effects on other organ systems, such as the lungs. The lungs are directly connected to the heart and they share a unique relationship of development and physiology. Effects of CHD can be seen in lung growth, in anatomy and in lung function. Although these can be considered as prenatal and postnatal consequences, the pulmonary complications of CHD represent a spectrum of consequences.

How do the lungs function?

The lungs are the gas exchanger for the body. A multilevel organization of airways present oxygen and remove carbon dioxide through contact with a rich network of blood vessels in the lungs. The lungs are connected to the heart through the pulmonary artery and the pulmonary veins. They’re located in the chest, on the sides of the heart.

The lungs are composed of conducting airways, air sacs (alveoli) and blood vessels, which all begin to develop by the end of the first month of embryonic development. Pulmonary circulation is directly related to the growth of the vascular systems (arteries, capillaries and veins) within the lungs, alongside the branching of alveoli. CHD can cause abnormalities in blood flow with the lungs, altering these vascular systems and manipulating the division of airspaces into the millions of alveoli needed for proper gas exchange. This all results in simplification of the vascular and alveolar lung networks, producing symptoms related to chronic lung disease and pulmonary hypertension.

The blood flow for a heart with CHD is going to be abnormal. Different parts of the heart, including blood vessels themselves, might become enlarged or located atypically within the chest, causing compression on the nearby lungs and airways. Examples in this context can be similar to an anomalous innominate artery or other conditions causing cardiomegaly, or an enlarged heart. This compression can cause respiratory distress, stridor, wheezing and recurring instances of lung collapse.

Increased blood flow to/through the lungs can be seen in certain kinds of CHD, like patent ductus arteriosus and ventricular septal defect. The arterial system of the lungs aren’t used to receiving such large amounts of blood, so the vessels can become scarred and narrowed. While this will effectively reduce blood flow through the lungs, blood pressure in the lungs can increase – a condition known as pulmonary hypertension.

When blood pressure is elevated in vessels close to the alveoli, water can diffuse from the blood and move into the airspaces – a condition known as pulmonary edema. Its impact on gas exchange can be variable, and pulmonary edema is more likely in conditions like pulmonary vein stenosis and mitral valve abnormalities.

In summary, CHD can cause several abnormalities of the lungs. Many children with CHD will be born with simplified respiratory systems, which can impact gas exchange. Certain kinds of CHD can cause postnatal lung complications, including airway compression, pulmonary hypertension and pulmonary edema. These complications are part of a spectrum, and can vary significantly in each child. Therefore, a thorough respiratory assessment for children with CHD should be considered in the event of any symptoms for early detection of these complications.

This entry originally appeared as a blog post for the Pediatric Congenital Heart Association.