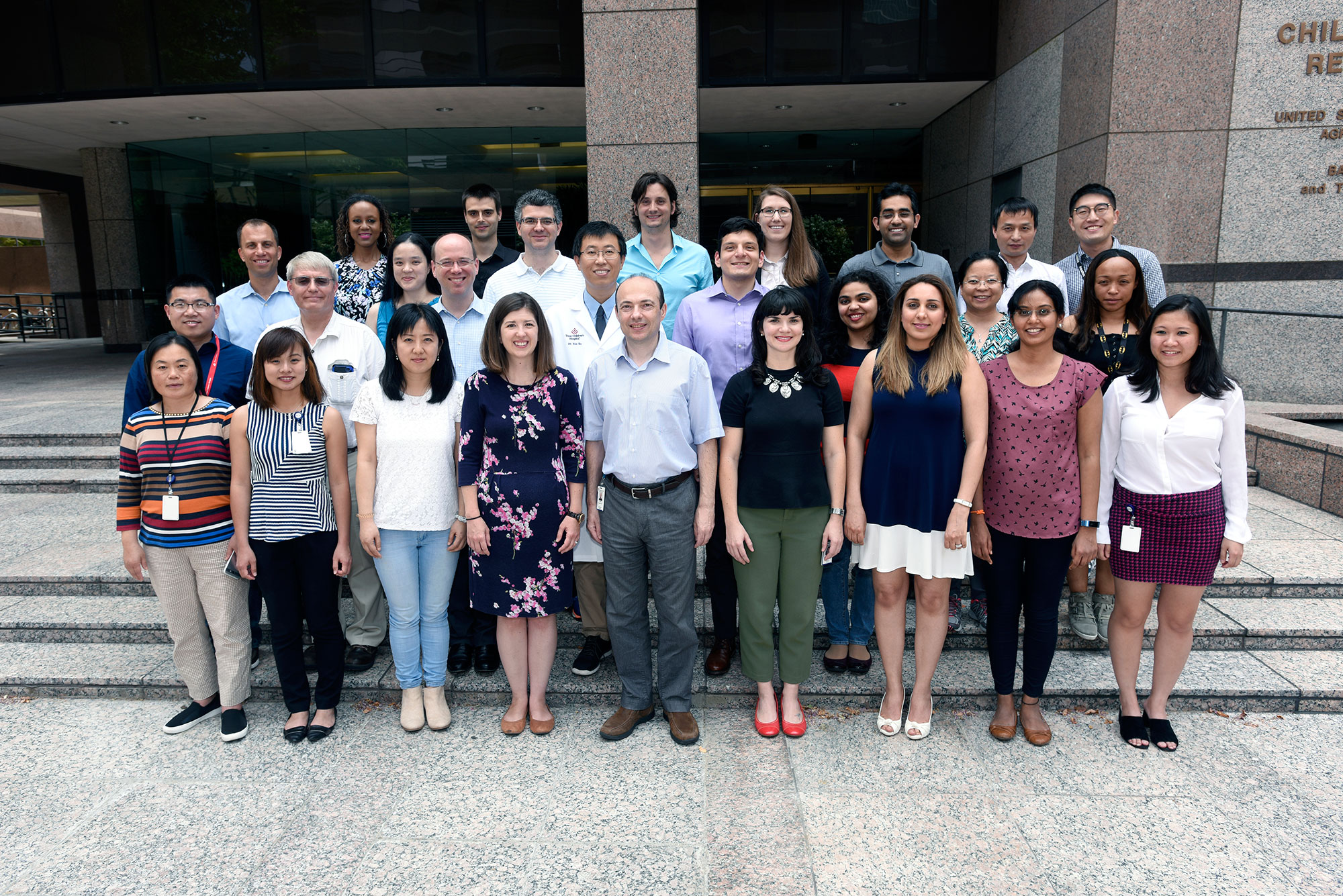 Our research is focused on the immunobiology and therapeutic applications of Vα24-Jα18-invariant natural killer T cells (NKTs). NKTs are an evolutionarily conserved subset of innate lymphocytes that are characterized by expression of an invariant T cell receptor α-chain, Vα24-Jα18, and by reactivity to self- and microbial-derived glycolipids presented by monomorphic HLA class-I-like molecule CD1d. NKTs play a critical role in host defense by bridging innate and adaptive immunity, and they are highly conserved between mice and humans. Mounting evidence from both murine models and human studies indicates that NKTs have potent anti-tumor properties. Through exploring the mechanisms of NKT cell anti-tumor activity, we are developing and testing novel immunotherapeutic strategies against multiple types of cancer.

Capitalizing on the unique properties of NKTs to localize to the tumor site and target TAMs, we sought to develop an NKT-cell based platform for cancer immunotherapy. To that end, we engineered NKTs to express chimeric antigen receptors (CARs) specific for tumor-associated antigens, such as GD2 in neuroblastoma or CD19 in lymphoma. We demonstrated that, unlike CAR T cells, CAR NKT cells effectively localized to the tumor site and showed dual anti-tumor activity against GD2-positive tumor cells and CD1d-positive TAMs (Heczey et al, Blood, 2014). To enhance the therapeutic potential of NKTs and CAR NKTs, we developed an ex vivo expansion method for these cells that preserves the critical CD62L+ subset, which we have found to be required for NKT in vivo persistence and long-term tumor control (Tian et al, J Clin Invest, 2016).

Within the last two years, we have developed cGMP protocols for clinical scale manufacturing of CAR NKT cells. These efforts have resulted in initiation of the first clinical trial to test CAR NKT cells in humans (NCT03294954), GINAKIT2. This phase 1 trial will specifically evaluate the therapeutic effect of NKT cells expressing a GD2-specific construct in children with neuroblastoma. The optimized second-generation CAR construct will be expressed in combination with cytokine IL-15, which we have found to promote NKT cell survival and function within tumor tissues.

Read more about the GINAKIT2 trial on clinicaltrials.gov.

In parallel, we are preparing an IND submission for a first-in-human clinical trial of allogeneic NKT cells. Unlike T cells, NKTs are not allo-reactive and therefore CAR NKTs prepared from healthy donors can be used on demand in cancer patients without costly and time-consuming patient-specific cell manufacturing. In this project, NKTs expressing a novel CD19-specific CAR will be tested in patients with B cell malignancies.

Our research is supported by grants from NIH/NCI, CPRIT, the Leukemia & Lymphoma Society, Alex’s Lemonade Stand Foundation, the Cookies for Kids’ Cancer Foundation, and a co-development program between BCM and Cell Medica, Ltd.