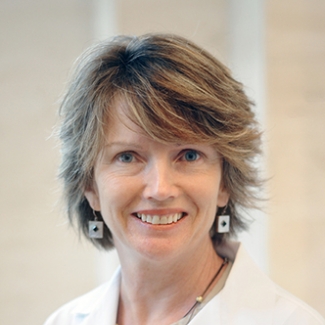 Their first trial of EBV-specific cytotoxic T lymphocytes (CTLs) for prophylaxis and treatment of EBV-associated lymphoproliferative disease after stem cell transplantation (SCT) demonstrated the safety and efficacy of antigen-specific T cells for therapy of cancer.

She and her colleagues are now extending this approach to CMV and adenovirus infections post SCT, and to patients with other EBV-associated diseases who might benefit from immune intervention. In collaboration with Dr's. Malcolm Brenner, Helen Heslop, Catherine Bollard, Barbara Savoldo and Stephen Gottschalk, she has initiated phase I clinical studies for treatment of patients with EBV-positive Hodgkin lymphoma disease, Nasopharyngeal Carcinoma, Chronic Active EBV Infection and high virus load or PTLD following solid organ transplantation. While EBV-specific CTLs provided significant clinical benefits for these conditions, it is clear that improvements must be made. Therefore, a major goal is to understand the reasons for CTL failure in different disease states and to develop new strategies to overcome these problems.

They have developed ways to tailor CTL specificity to the tumor antigens expressed in a particular disease. For example, LMP2 antigen-specific CTL are now being used to treat EBV-positive Hodgkin tumors in which EBV gene expression pattern is highly restricted.

They have also developed ways to genetically modify the CTL to make them resistant to tumor immune evasion strategies. For example, EBV-specific CTL lines transduced with a retrovirus vector expressing a dominant-negative TGF-b receptor, retain their cytotoxic specificity and proliferative characteristics, but become completely resistant to the potent inhibitory effects of TGF-b. To increase the safety of such transgenes, in collaboration with David Spencer, they have engineered a suicide gene consisting of a modified caspase 9 molecule fused to a modified FK binding domain. This construct can be expressed in T cells with low basal toxicity and high specific activity and when expressed from the same retrovirus vector as the therapeutic transgene, transmits death signals in the presence of a small molecule inducer of dimerization. They are currently testing the safety and efficacy of gene-modified T cells in murine models using bioluminescent imaging techniques to track the persistence and expansion of infused T cells and the growth or regression of tumors.

Other clinical strategies aim to modify the patient environment to improve the persistence, expansion and function of infused T cells. Treatment with lytic T cell specific antibodies should reduce the inhibitory effect of tumor-specific T regulatory cells and reduce homeostatic restraints on the expansion of infused T cells. Lymphodepletion using CD45 antibodies prior to CTL infusion is being evaluated in patients with relapsed nasopharyngeal carcinoma and Hodgkin's disease.

More recently, they have developed interests in the possibility of generating antigen-specific T regulatory cells for the treatment of autoimmune disease. We found that T cells expressing antigen are potent inducers of T regs, which may be exploited for the induction of T cells.