This study enrolls patients who have sarcoma (including osteosarcoma, rhabdomyosarcoma, Ewing sarcoma, and other sarcomas) that has come back or has not gone away after standard treatment. To qualify for the study, tumor screening must indicate that the cancer-associated protein HER2 is present.v

This is a Phase I research study that uses special immune cells called HER2 CAR T cells in combination with an immune checkpoint inhibitor drug (pembrolizumab or nivolumab) to learn what the side effects are, and to see whether this therapy might help patients with sarcoma. Another goal of the study is to study the bacteria found in the stool of patients with sarcoma who are receiving this treatment to see if the types of bacteria present influence how well the treatment works.

The investigators have found from previous research that they can put a new gene into T cells that will make them recognize cancer cells and kill them. They now want to see if they can put a new gene in these cells that will let the T cells recognize and kill sarcoma cells. The new gene that the investigators will put in makes an antibody specific for HER2 hat binds to sarcoma cells. In addition, it contains CD28, which stimulated T cells and make them last longer. After this new gene is put into the T cell, the T cell becomes known as a chimeric antigen receptor T cell or CAR T cell.

In another clinical study using these CAR T cells targeting HER2 as well as other studies using CAR T cells, investigators found that giving chemotherapy before the T cell infusion can improve the effect the T cells can have. Giving chemotherapy before a T cell infusion is called lymphodepletion since the chemotherapy is specifically chosen to decrease the number of lymphocytes in the body. Decreasing the number of the patient's lymphocytes first should allow the infused T cells to expand in the body, and potentially kill cancer cells more effectively. The chemotherapy used for lymphodepletion is a combination of cyclophosphamide and fludarabine.

Detailed inclusion and exclusion criteria are listed at https://clinicaltrials.gov/ct2/show/NCT04995003 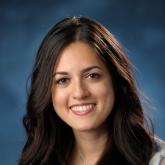 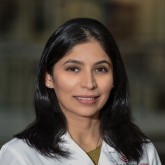