What Causes Problems in Cystic Fibrosis?

What Causes Problems in Cystic Fibrosis?

Doctors and researchers have known for a long time about the symptoms of cystic fibrosis (CF). Through research, they have begun to understand what causes these symptoms.

Patients can be seen by Texas Children's experts in Cystic Fibrosis Care Center. 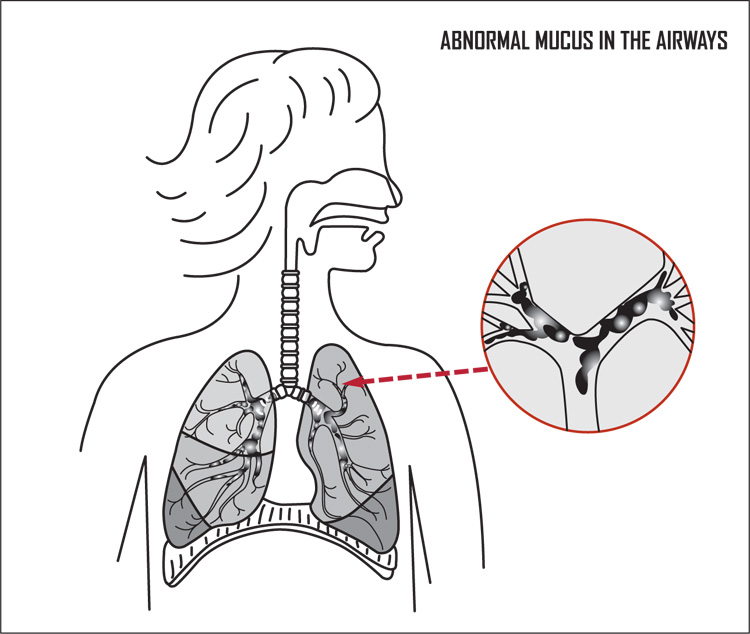 Many of the symptoms in CF are caused by abnormal (thick, sticky) mucus in the body. It is hard for the body to move this mucus.

The abnormal mucus that people with CF have is the result of a faulty set of instructions being used by the cells.

Cells are the very small, basic working units of all living things. The human body is made up of billions of cells. They are so small that they cannot be seen with the naked eye. Some cells make up the skin. Other cells form the heart, liver, muscles, and bones. 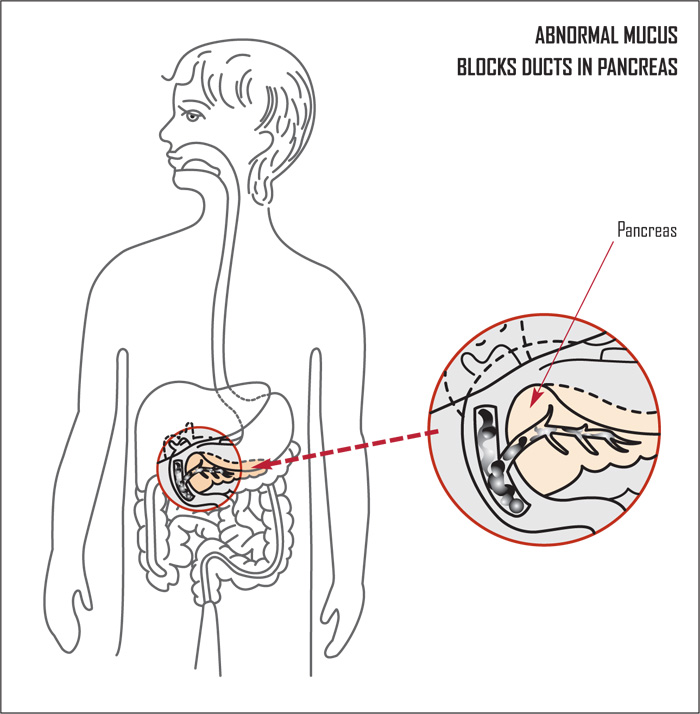 Cells are what actually do the work in the body. If the body makes something (a tear, an enzyme, a hormone), it is made by certain cells. The cells even do the work to help turn food into energy the body can use.

Each cell needs instructions on what it is supposed to do and how it should do it. These instructions come from the genes. Genes are simply coded messages that tell the cells how to do their jobs.

Human beings have thousands of genes. Some genes decide what color eyes or hair will be. Other genes decide blood type. Every cell contains many genes. The genes are arranged on chromosomes.

The CFTR Protein and CF

The CFTR protein normally functions as a gate in the cell wall. The CFTR gate allows chloride to go through the cell wall. Chloride is a part of salt and is important to the body’s cell chemistry. The movement of chloride in and out of the cell also affects how water and sodium go in and out of the cell. This is important in cells that produce mucus. Salt and water flow plays a role in how much mucus is made and how thick it is.

Scientists have found that abnormal CFTR protein makes a gate that does not work or works poorly. People with CF have this problem in a number of different cells in their bodies, including the cells in the sweat glands, lungs, pancreas, and intestine. The abnormal CFTR protein explains why people with CF have high chloride levels in their sweat (salty sweat). The high level of chloride in sweat has been known for a long time and is why the sweat test is used to help diagnose CF.

Scientists are doing research on how the CFTR protein works and how to develop ways to improve chloride movement across the cell wall. Cells can have other problems that cause symptoms in CF, but the abnormal CFTR protein is considered the primary problem in CF. Researchers continue to try to understand more about how CF affects the body and the functions of its cells. In the future, as researchers find out more about what causes CF, their discoveries can help lead to new and better treatments.