Precocious puberty is when a child’s body starts puberty too soon. In girls, that means before age 7 or 8.

In general, girls begin puberty – the age when their bodies start changing and they begin menstruating –some time between the ages of 8 and 13.

While precocious puberty affects both males and females, it is more common in girls.

Factors that increase a child's risk of precocious puberty include: 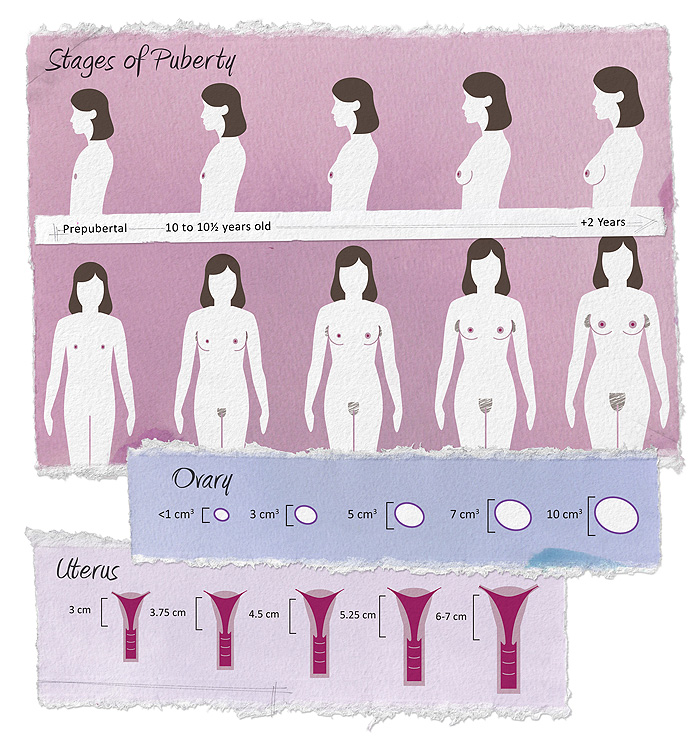 There are 2 types of precocious puberty:

Diagnosis starts with a thorough medical history and physical exam.

Additional tests may include:

Treatment depends on the individual and the cause of the early puberty. The goal is to stop the child’s development from progressing and treat any underlying condition causing the precocious puberty, such as a tumor.

When puberty ends, bone growth stops. Children that go through puberty too early may stop growing too soon, preventing them from reaching their full height. As a result, they will be shorter than normal as an adult.

Children with precocious puberty must also deal with the emotional and social challenges of maturing at a much earlier age than their peers, and the unwanted attention that may bring.