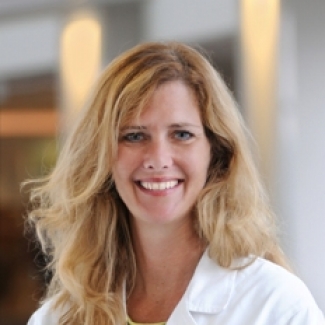 Henry and Emma Meyer Professor Chair in Obstetrics and Gynecology

Dr. Kjersti Aagaard, an expert in maternal-fetal medicine, is the Henry and Emma Meyer Professor Chair in Obstetrics and Gynecology at Baylor College of Medicine and Texas Children’s Hospital. She serves as vice chair of research for obstetrics and gynecology and a professor of in the Departments of Molecular and Human Genetics, Molecular and Cellular Biology, and Molecular Physiology and Biophysics. She is a member of the Center for Reproductive Medicine, Digestive Disease Center, Eisenberg Center for Decision Sciences, the Center for Microbiome and Metagenomics Research, and the School for Tropical Medicine. She is a co-Director in the Baylor College of Medicine MSTP MD PhD program. Dr. Aagaard has worked globally for many years, and has focused much of her global health efforts on understanding the causes and cures for the high rate of preterm birth in Malawi since 2011.

Dr. Aagaard joined the faculty at Baylor College of Medicine and Texas Childrens immediately after completing her fellowship in 2007. Her career as a physician-scientist has included active and supported efforts in research, clinical care, education, mentorship and public health advocacy. Her clinical interests include emerging infectious diseases, preterm birth, diabetes and hypertensive disorders, maternal smoking and environmental exposures, and the detection and diagnosis of congenital and genetic anomalies. Her clinical and translational research interests parallel her clinical interests, and focus on the role of the microbiome in pregnancy and early development, and the impact of key exposures in pregnancy (such as diabetes, maternal high fat diet, smoking, and environmental chemical exposures) on fetal development and later in life disease.

Her research efforts have yielded groundbreaking advances in medicine and science. One example of Aagaard’s research has been in the early development of the microbiome. Prior to a series of landmark publications by her lab in 2014, it was generally assumed that babies were born sterile and either exposure or establishment of their microbiomes occurred entirely outside the womb. However, their work on the placental, pregnancy, and newborn microbiome has systematically challenged this notion. The Aagaard team publications from 2014 to as recently as last month have led to not only healthy and vigorous scientific debate and further study, but public health and professional consensus statements putting a hold on yet unproven practices such as vaginal seeding after Cesarean births.

Since receipt of her first post-student NIH award in 2005, Dr. Aagaard has been continuously funded by NIH (NICHD, NIDDK, NIGMS and the Office of the Director). In addition, she has carried funding from the Burroughs Welcome Fund Preterm Birth Initiative, March of Dimes Prematurity program, the Gates Foundation/USAID, and the Thrasher Foundation. Aagaard’s research was previously was recognized with the NIH Directors New Innovator Award in 2007, the Michael E. Debakey Medal for Excellence in Research in 2015. In 2018 she was awarded the Nature mentorship award for outstanding scientific mentorship, was elected to the American Society of Clinical Investigators in 2019, and received the Society for Reproductive Investigators lifetime scientific achievement award in 2020.

In addition to her work in the lab, Aagaard has devoted considerable time to the greater Houston community. In 2011 Dr. Aagaard was recognized by the Houston community with receipt of the Houston Women’s Magazine “Maximum Mom” Award which is awarded “to a woman who has been an extraordinary mother to her children and mentor to others in providing strong moral character and serving as a role model”.

You can find Dr. Aagaard caring for patients at Texas Childrens Pavilion for Women and Ben Taub Hospital, leading her basic science and clinical research teams at Baylor College of Medicine and Texas Childrens, teaching in the medical or graduate school, or volunteering in the community. You may also see her running the trails at Memorial with her husband and their two dogs (Sadie and Zoe), or spot Aagaard in the middle back of the pack at any one of several marathons around the globe.

• Can gene therapy halt diseases in babies before they're even born?

Elected to the American Society of Clinical Investigators, 2019