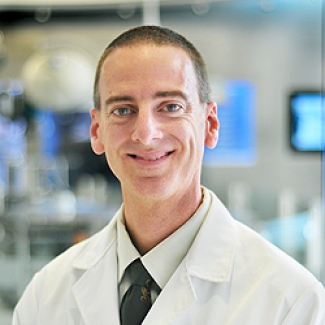 Research Interests - In our laboratory we are working to identify and characterize the genes that cause common birth defects. Congenital diaphragmatic hernia (CDH) affects about one in every 2,500 newborns. In most children with CDH, an abnormal opening in the diaphragm allows abdominal organs, like the liver and intestines, to enter into the chest during fetal life. This invasion often interferes with normal lung development causing severe respiratory problems at birth. Children with CDH typically require surgical intervention followed by prolonged hospitalizations. Even with optimal care, mortality ranges between 40-60 percent. By understanding the genes that cause CDH, we hope to find ways of preventing CDH and improving patient outcomes. We are using novel molecular cytogenetic techniques to identify regions of the genome that are likely to harbor CDH-related genes. To date, over 20 such regions have been identified and several have been shown to contain genes that are critical for normal diaphragm development. We are also developing mouse models of CDH that will help us understand the molecular mechanisms though which these genes function and how these genes interact with each other during development.

Esophageal atresia/tracheoesophageal fistula (EA/TEF) is another life-threatening birth defect that has become a focus of interest in our laboratory. During development the esophagus (stomach tube) and the trachea (windpipe) develop from a common progenitor called the anterior foregut tube. In about one in 3,500 newborns, the development of these tubes is abnormal resulting in failure of the esophagus to reach the stomach (esophageal atresia) or an abnormal connection between the trachea and esophagus (tracheoesophageal fistula). Approximately 50 percent of EA/TEF cases occur in association with additional anomalies and 10 percent of cases have a constellation of findings that in known as VACTERL association (Vertebral, Anal, Cardiac, Tracheoesophageal Fistula, Renal, Limb). Since EA/TEF is also sporadic birth defect we are using the same approach we have taken for CDH to identify EA/TEF-related genes.

Many of the candidate genes for CDH and EA/TEF are transcription factors that play key roles in early development. The RERE gene on chromosome 1p encodes two proteins that work with a specific set of transcription factors to alter gene expression. It is likely that RERE plays an important role in patients with 1p36 deletion syndrome which affects one in every 5000 newborns. We are presently using an allelic series of RERE deficient mice to study the role of this gene in heart, brain, kidney and inner ear development.