Ms. Riley-Brown is currently overseeing the Austin initiative and leading our outpatient strategy along with key operational efforts in that market. She is a fellow of the American College of Healthcare Executives (ACHE) and serves on various boards throughout the community. She completed her undergraduate degree at Tulane University and earned a master’s degree in healthcare administration from Washington University School of Medicine. 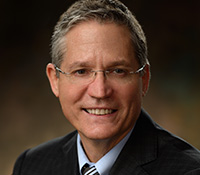 Paul E. Sirbaugh, DO, MBA, Associate Professor, Baylor College of Medicine (BCM) Department of Pediatrics, is Chief Medical Officer of Texas Children's Hospital The Woodlands. While he will continue to work clinically as a pediatric emergency medicine provider in the Texas Children's Hospital The Woodlands Emergency Center, he has transitioned out of the combined role as Head, Section of Emergency Medicine - BCM, and Division Chief, Texas Children's Hospital (TCH) Emergency Center which he held since 2012. Dr. Sirbaugh completed his pediatric residency and emergency medicine fellowship at BCM/TCH in 1993 and 1995, respectively, and graduated from the RICE University EMBA program in 2013. Regionally, his academic niche includes the practice and administration of patient-centric pre-hospital (EMS-911) and hospital-based pediatric emergency medicine (PEM).

In addition to his clinical and administrative duties at Texas Children's Hospital, he also serves as the Pediatric Medical Director for the City of Houston Fire Department, Emergency Medical Services (EMS), and is in part responsible for the pediatric-specific education, medical direction, and oversight of 5,000 EMS providers. Nationally, he is a past member of the Committee on Pediatric Emergency Medicine (COPEM) and the Section of Emergency Medicine (SOEM) Executive Committee for the American Academy of Pediatrics (AAP). While Dr. Sirbaugh plans to remain clinically and academically relevant in prehospital and pediatric emergency medicine, he is fully committed to leading patient-centric and value-based care as Chief Medical Officer for Texas Children's Hospital The Woodlands. 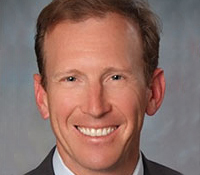 Jeffrey Shilt, MD, is Chief Surgical Officer of Texas Children's Hospital The Woodlands. Shilt comes to Texas Children’s from St. Luke’s Children’s Hospital in Boise, Idaho, where he was an active pediatric orthopedic surgeon and director of the hospital’s Spasticity Clinic and motion analysis lab for children and adults. Prior to his time in Idaho, Shilt held positions as associate professor and residency program director at Wake Forest University Baptist Medical Center in Winston-Salem. When Wake Forest established Brenner Children’s Hospital, Shilt served as the director of pediatric orthopedics where he assisted in the further development of pediatric specialty care. His research interests include management of spasticity in cerebral palsy, sports performance and the treatment of endurance sports injuries.

While he served as the program director of the Wake Forest University orthopedic surgery residency he participated in pioneering work in the treatment of children with spastic cerebral palsy, as well as sports medicine applications of tissue engineering. Additionally, he has served as the team physician for the USA triathlon team at the two world championships, two years as a team physician for a professional cycling team, and as a medical consultant for multiple World Champion athletes, Olympians & gold medalists, and multiple professional ironman and other endurance athletes. 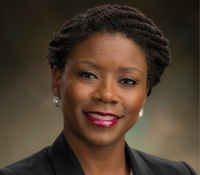 Ketrese White is the Vice President for Texas Children’s Hospital The Woodlands. She has been with Texas Children’s for more than 20 years, taking on increasing levels of oversight and responsibilities with the goal of serving the organization, patient families and community at large. White currently has executive oversight for all hospital and ambulatory operations at The Woodlands campus and North region, and has held a variety of roles at Texas Children’s across all campuses. White has shown tremendous leadership with the opening of the first community dedicated pediatric hospital in the Houston area. Of note, White has defined the patient experience processes, assisted in the development of strategies and business plans, and established recruitment practices at Texas Children’s community hospitals.

Prior to joining the community hospital team, White held management positions in the hospital’s Cancer & Hematology Centers on the Bone Marrow Transplant Unit. She began her career at Texas Children’s as a graduate nurse with this unit, providing outstanding patient care to critically-ill oncology patients receiving transplants. White earned a Master’s in Healthcare Administration from Houston Baptist University and holds a Bachelor of Science in Nursing from Prairie View A&M University. She completed The Rice University Healthcare Management program, she also is the recipient of the prestigious Mark A. Wallace Catalyst Leadership Award. She is a Certified Nurse Executive by American Nurses Credentialing Center and active on community boards within Houston and the North Region. 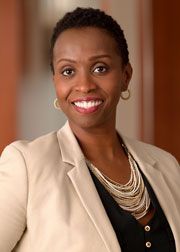 Denise Tanner-Brown is the Assistant Vice President of Ambulatory and Community Nursing at Texas Children’s Hospital The Woodlands. She graduated from Prairie View A&M University with Bachelors of Science degree in Nursing and the University of Phoenix with a Master’s degree in Health Care Administration. Denise is also a graduate of the Advanced Quality Improvement and Patient Safety Program at Texas Children’s Hospital and holds a Health Care Management Certificate from Rice University. Since joining Texas Children’s Hospital in 2002, Denise has served in several progressive leadership roles within the hospital and has led countless system level initiatives within the organization. 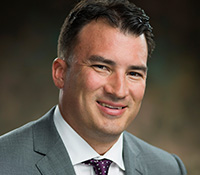 Eric Allum is the Assistant Vice President of Business Operations and Support Services for Texas Children’s Hospital The Woodlands. He has been with Texas Children’s since 2007 in various roles, the most recent being Director of Support Services at Texas Children’s Hospital The Woodlands, which included oversight of Facility Operations, Security, Supply Chain, Environmental Services and Food/Nutrition Services. Allum started his career at Texas Children’s as a Senior Contracts Specialist and was selected for the Administrative Fellowship in 2009. After completing his fellowship in 2010, he immediately transitioned into a leadership role with Perioperative Services where he served as the Manager of Nursing Business Operations and later as the Assistant Director of Perioperative Business Services.

Allum earned his Master of Business Administration from American Graduate University and a bachelor’s degree in Business Management from Park University. 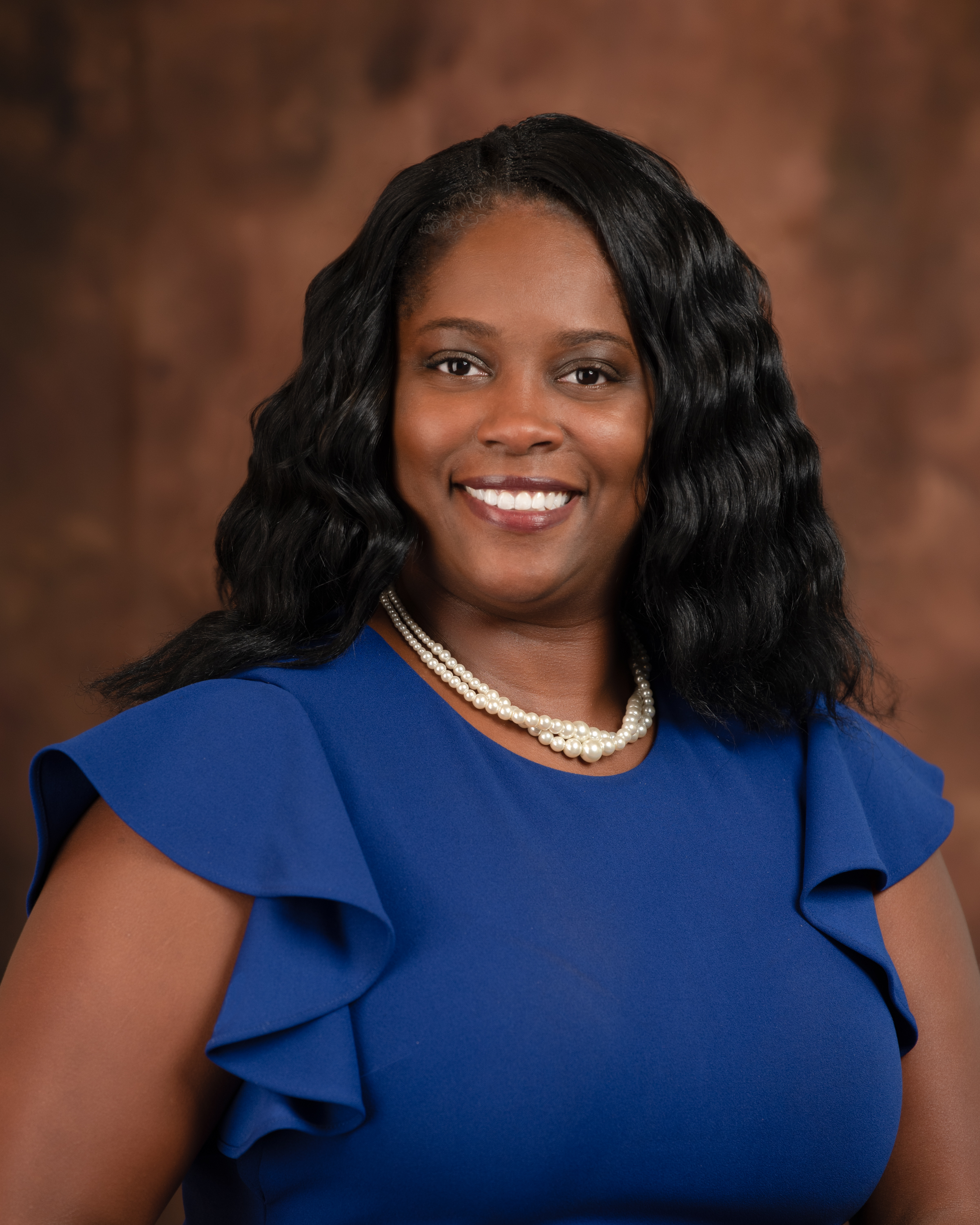 Juanna Brandon is the Director of Patient Care Services for Texas Children’s Hospital The Woodlands. She has been with Texas Children’s for 20 years and has held several leadership roles throughout the organization. She currently has oversight of inpatient nursing, which includes the Neonatal ICU, Pediatric ICU and the Acute Care Unit. She also oversees outpatient services, such as Cancer and Infusion, Surgical and Emergency Care. Brandon was an instrumental contributor to the Trauma Program development, including leading the team to a successful designation. She found her love for community nursing after serving in the Community Initiatives program where she led several expansion, scope and quality projects in partnership with Houston Methodist Willowbrook and St. Joseph’s Hospitals. She also played a critical role in the successful preparation of Texas Children’s second community hospital – Texas Children’s Hospital The Woodlands – overseeing the Emergency Center.

Prior to her transition to the community setting, Brandon held management positions in Texas Children’s NICU at the Medical Center Campus. She began her career at Texas Children’s as a graduate nurse providing excellent care to premature and critically-ill newborns. Brandon earned her Master of Business Administration degree from Texas Woman’s University and holds a Bachelor of Science in Nursing from Prairie View A&M University. She completed The Rice University Healthcare Management program, and was the recipient of the Excellence in Neonatal Nursing Award by the March of Dimes, as well as the Bronze Award in Nursing Leadership from the Good Samaritan Foundation. She is a certified Nurse Executive by the American Nurses Credentialing Center and a member of the American Nurses Association. She also engages in community service through the hospital’s drowning prevention program, SPLASH (Swim, Play, Learn, and Stay, Healthy).