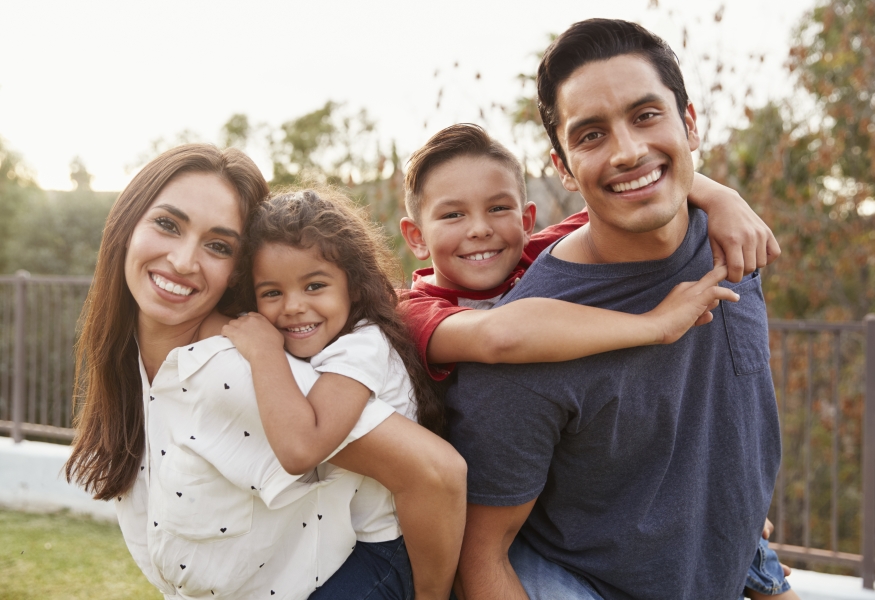 Medicaid and the Children’s Health Insurance Program (CHIP) have provided health coverage for low-income families in the U.S. for more than 50 years. These important health insurance services protect more than one-third of children and teens in the country.

Despite the continued availability of these programs, the number of children who do not have health insurance has increased at an alarming rate in recent years. Recent data show lower enrollment in Medicaid and CHIP is the main reason for the growing amount of uninsured kids.

There is evidence that one cause for the decline in enrollment is the “Inadmissibility on Public Charge Grounds” (a.k.a. “public charge”) rule that went into effect February 24, 2020. The rule applies only to people who applied (or will apply) for a green card (legal permanent residence) or a visa to come to the U.S. on or after Feb. 24, 2020.

The “public charge” test is used to determine how likely it is that they will use government support as the majority of their income, so anything (such as age, disability, or a low level of education) that might make it harder to work would be counted against the applicant. In addition, it would be harder to get a green card or visa if the person used one or more of these specific programs: the Supplemental Nutrition Assistance Program (SNAP), federal housing assistance, Medicaid (for non-pregnant adults only), Supplemental Security Income (SSI), Temporary Assistance for Needy Families (TANF) or government-funded residential facilities on or after Feb. 24, 2020.

If not applying for a green card or visa, a person does not have to worry about this rule because it does not apply; they can use any benefit for which they are eligible. If a person is applying for a green card or visa, they only have to worry if they themselves use these benefits; use of the benefits listed here by their children or other family members do not count against the applicant.

Unfortunately, wrong information about the public charge rule has caused a lot of fear and confusion. In immigrant communities, some families have stopped or held off on using Medicaid and CHIP because of false rumors that having these benefits would harm parents or family members trying to get immigrant visas or green cards. In reality, Medicaid for children and CHIP are not at all a part of the public charge rule and are safe programs to use.

How were Medicaid and CHIP started?

In 1965, President Lyndon B. Johnson signed a law to create Medicaid to help low-income, previously uninsured children and families get health coverage. This coverage was expanded three decades later, when CHIP was formed to include children whose family incomes were too high to qualify for Medicaid, but not sufficient to pay for private insurance.

How do Medicaid and CHIP help children, families and the community?

Research studies comparing children with Medicaid or CHIP to children without health insurance repeatedly show that those who receive Medicaid or CHIP have better school attendance and see their doctors more regularly. As a result, these children have improved health and higher-paying jobs as adults. This leads to both healthier families and a healthier economy for the country.

How many children rely on Medicaid and CHIP?

Why are fewer eligible kids using Medicaid and CHIP?

At the federal level, the Centers for Medicaid and Medicare Services (CMS) has made it harder for families to prove their child is eligible for Medicaid or CHIP.  At the state level, some states require families to renew their Medicaid or CHIP frequently (as often as every six months), in addition to conducting periodic checks to see if the family’s income has changed. These policies have led to many qualified children losing health coverage when their parents were unable to meet the regular requests for documentation. Furthermore, in immigrant families, fear has caused many foreign-born parents with U.S. citizen children to avoid applying for public benefits for their kids.

Could Medicaid or CHIP used by children harm their parents or family?

NO. While Medicaid and CHIP applications ask for information about parents and other family members, it is not required to list a parent’s or family member’s social security number or immigration status. The information in the application is only meant to be used to determine Medicaid or CHIP eligibility. In addition, Medicaid for children under 21 years old and CHIP are not included in the new public charge rule. Therefore, if a child or teen uses Medicaid or CHIP, it will not be counted against any non-U.S. citizen family member applying for an immigrant visa or legal permanent residence (green card) that will be processed in the U.S.*

The bottom line is important to understand: If a child is eligible for Medicaid or CHIP, they should enroll or continue participating in it. Their health, as well as the country’s health, depend on it.

*There is a small percentage of people in the U.S. who are applying for a visa or green card that will be processed outside of the U.S. In this situation, different rules may exist. Please contact an immigration expert for further information:

In the Houston area, visit www.houstonimmigration.org or call 1-833-468-4664.
In other regions, search for a local authority at https://www.immigrationadvocates.org/nonprofit/legaldirectory/
Karla Fredricks, MD, MPH, FAAP