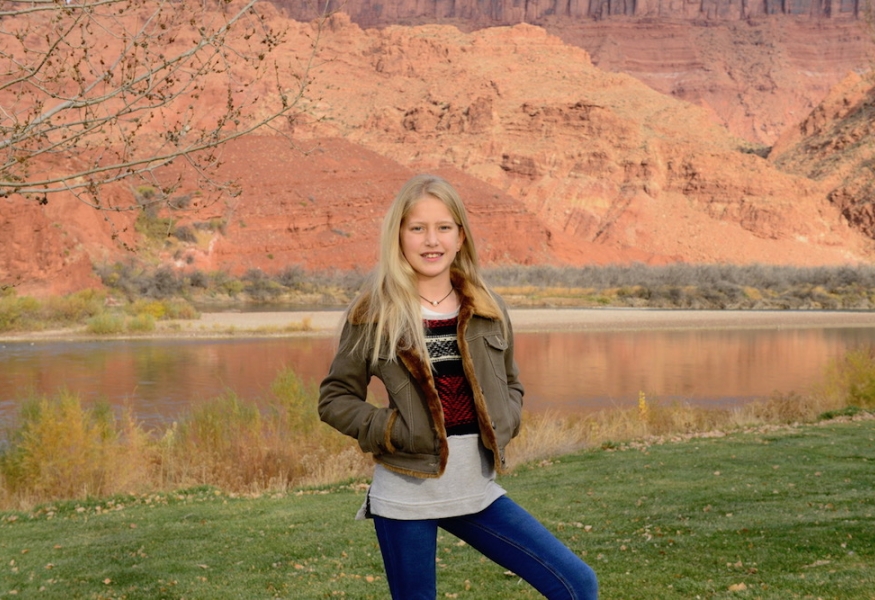 After dismissing “claims” from other people about serious food allergies, we found out our daughter, Vivian, has a food allergy; she’s allergic to peanuts. How could that possibly be? No one in our immediate or extended families had ever been allergic to anything.

Growing up, we attended schools and camps where it was rare for a child not to have a PB&J in their lunch sack. How could all these children suddenly be deathly allergic to the same food we considered as American as apple pie?

Initially, Vivian’s reactions were fairly mild. After an accidental consumption or cross-contamination, Vivian would build up a lot of saliva, get a mild tummy ache and then exactly 45 minutes later she would throw up. After that, she would be ready to play hard again. Over the years, her reactions became increasingly severe, with her last reaction being the scariest … full on anaphylaxis.

As careful as we were with food, it was inevitable that Vivian would accidentally consume peanut protein at various times in her life. Be it the cookie a carpool mom – who inadvertently forgot Vivian has a peanut allergy – gave her as an after-school treat or the cupcake I gave Vivian which, unbeknownst to any of us, had a layer of peanut butter smeared between the chocolate cake and the vanilla icing. Peanuts have a way of sneaking into Vivian’s life.

We could not find a single facility in Houston that had a program in place to help desensitize children from a peanut allergy until we talked to Texas Children’s Hospital. We were initially very excited, until we learned we could not simply make an appointment for Vivian to start an oral immunology program. Texas Children’s was only conducting clinical trials and they were at capacity. How could the fourth largest city in the United States not have an oral immunology program available to the masses? Turns out, the Food Allergy Program needed funding. So, Vivian was placed on a waitlist.

Several months later, we got the call that Vivian qualified for one of the hospital’s clinical trials. We jumped at the opportunity to participate in hopes that Vivian would one day become desensitized to peanuts and we would not have to constantly worry about what she eats.

For the past two years, Vivian has worn a patch on her back – much like a waterproof Band-Aid – that contains 250 micrograms of peanut protein. Every 24 hours she replaces the patch she is wearing with a new one. She will continue to do this for another year. At the end of the three-year trial, Vivian will take a peanut challenge to see the effectiveness of the patch.

I immediately gave Vivian Benadryl and we raced back to the hotel. Her stomach was hurting pretty badly, but she was not experiencing any of her other typical symptoms. In fact, this time, she never had any of those other typical symptoms. Even better, after a few hours, her stomach felt normal again. This was the first time in Vivian’s life she did not throw up after consuming a peanut.

While Vivian didn’t feel great for a few hours, she never felt the way she had in the past. Hmm? What could be the difference? The peanut patch! It only makes sense that the peanut patch is desensitizing Vivian to the peanut protein her body so violently rejected before. Might this be a solution for everyone suffering from a peanut allergy? The results of this clinical trial may be a game changer for people everywhere.

It is for this reason I encourage anyone who knows someone who suffers from a food allergy to support the Texas Children’s Hospital Food Allergy Program. As a result of funds raised by supporters of Texas Children’s program, the hospital now has an oral immunology program for peanuts. They are hoping to add a program for all tree nuts in the future. It’s up to us to help support the hospital’s efforts and help them continue this extremely meaningful research so they can find new ways to help people with food allergies.

One way you can support the program, and take a peek into the world of a person with a food allergy, is by joining us Thursday, Jan. 31, from 7-10 p.m. at The Revaire for the fourth annual Cooking Up A Cure event. Benefiting the Food Allergy Program at Texas Children’s Hospital, this unique evening is designed to raise awareness about the challenges people with food allergies face, as well as help support and expand the Food Allergy Program’s ongoing research and patient care initiatives.

You can register for this event online. To learn more about the Food Allergy Program at Texas Children's Hospital, click here.
Author
Karen Turbidy, mother of patient