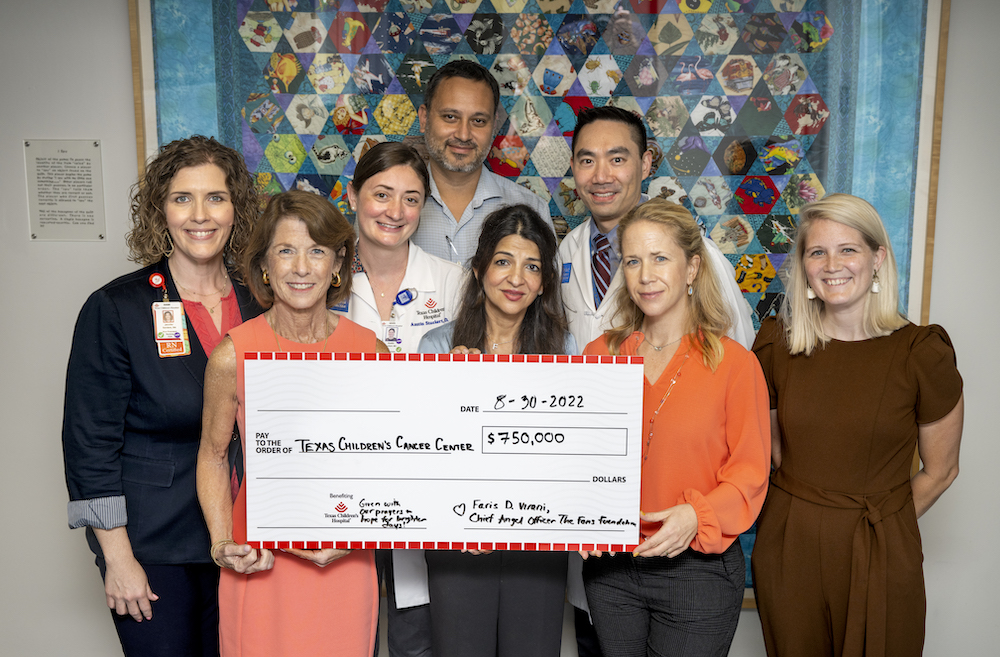 The Faris Foundation was founded by the Virani family in honor of their son, Faris, who at 6 years of age was diagnosed with a rare bone cancer called Ewing sarcoma. Faris faced his diagnosis and treatment journey with incredible optimism and fortitude; however, his cancer recurred, and he tragically passed away three years after his diagnosis.

Nevertheless, the impact of Faris’s courage and generosity lives on. Faris’ mother, Dr. Asha Virani, has let the spirit of her dear son, who is now the Chief Angel Officer of The Faris Foundation, guide her in the years following his passing to benefit other children and their families.

“The Foundation was created and is still guided by Faris. His words inform, guide and inspire everything we do,” Virani explained in a recent interview with KPRC. “At one point in his treatment journey, Faris, who we didn’t know was such an entrepreneur, had accumulated about $1,000 in his piggy bank. He told us, ‘Since there’s no research being done on Ewing sarcoma, I want to start the research.’ So, with that affirmation and generosity, we took his lead and here we are today.” 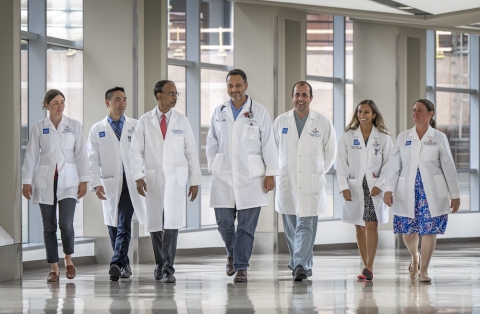 Dr. Susan Blaney, Director of Texas Children’s Cancer and Hematology Center, explained what it meant to have the support of the Virani family and The Faris Foundation. “The foundation is phenomenal. They help support innovative, transformative research that we couldn’t do otherwise,” Blaney said. “The scientists at Texas Children’s Cancer and Hematology Center are at the forefront of research to harness the immune system and to bring promising novel therapies into the clinic for children with cancer. Through the support of the foundation, we can move forward the trials that result from our research in a timely and expeditious fashion.”

Blaney went on to give an overview of the most recent research project that was made possible by the generosity of The Faris Foundation. “There is a type of brain tumor, called DMG, for which there is still not a cure. One of the hardest things is to go into a family’s room and tell them this diagnosis and the current prognosis,” Blaney said. “We are doing research to bring one of these novel and promising new cell therapies to the clinic to specifically treat DMGs. We’ve seen tremendous promise even in the earliest children who have received this therapy. Importantly, the trial to evaluate this novel therapy has continued without interruption because of the generosity of The Faris Foundation.”

One of the project’s researchers, Stuckert, a recipient of a K12 Pediatric Oncology Clinical Research Training Program award, a prestigious grant from the National Cancer Institute, explained how she became involved. “My career goal is to develop better treatments for children with brain tumors. My participation in this training program coincided with Dr. Omer and Lin’s development of this novel cell therapy trial for DMGs. It’s a tremendous experience to be involved in a clinical immunotherapy research trial for children with brain tumors – particularly the opportunity to provide care and hope for these children and their families.”

“This trial is focused on one of the most difficult-to-treat childhood brain tumors,” Stuckert said. “This promising approach overcomes some of the historic limitations of immunotherapy for brain tumors.”

Stuckert shared Blaney’s optimism about the trial’s early results. “We’ve treated nine children to date and are encouraged by their clinical course following treatment. It is still very early in the trial to know whether this treatment will provide long-term stabilization or tumor shrinkage; however, it is a step in that direction and one of the first promising therapies for this type of cancer.”

When asked about what the support of The Faris Foundation meant to her, Stuckert broke into a wide smile. “It’s incredible to have the philanthropic support from The Faris Foundation. Their support is particularly special to me because every day when I get off the elevator, I see the signage for the Faris D. Virani Ewing Sarcoma Center. The initial donation to fund the Virani Center was from Faris himself. Knowing Faris’s story and about his difficult journey made the opportunity to meet his mother such an incredible experience. The support of the Virani family and their desire to improve the outcome for children with the most difficult-to-treat cancers means so much to us.”

Virani shared her gratitude for the team at Texas Children’s. “Knowing that research like this clinical trial is ongoing helps me sleep at night,” she said. “With hope, with faith, everything is possible. And that is what we are going on, a hope and investing in a team at Texas Children’s that can make such transformative changes in the lives of our children.”