Texas Children’s and Be The Match partner to hold “Cheek Week” event
Monkeys Have Pulmonary Hypertension, Too
Food Allergy: The Layers of Protection
Reducing the Risk of Children Developing Cancer Later in Life
Does my child need to be screened for cancer?
Department
Stem Cell Transplantation & Cellular Therapy
Cancer and Hematology Center 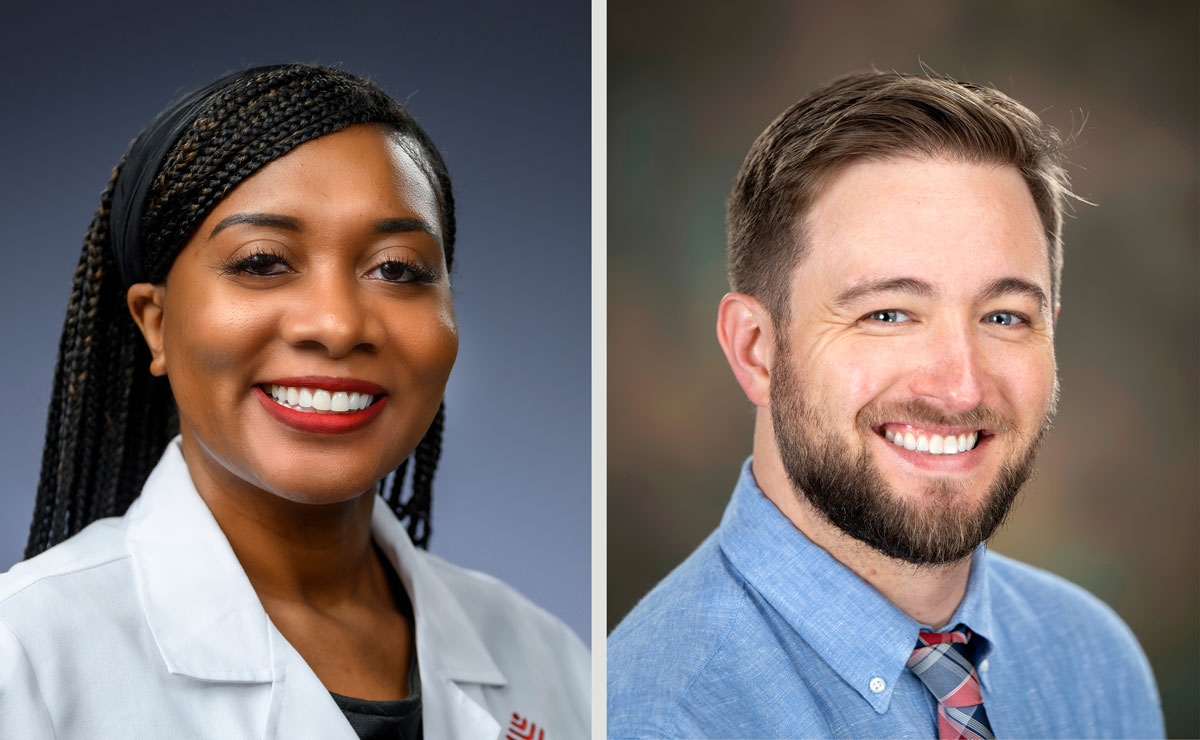 Did you know that a simple cheek swab can save a life?

For patients living with blood cancers or other life-threatening blood disorders like sickle cell disease, this simple procedure can make all the difference. Dr. Zachary Prudowsky and Timesha Edwards, PA-C, Texas Children’s Cancer and Hematology Center clinicians and Be The Match advocates, know this firsthand.

Prudowsky was in medical school when he joined Be The Match, an organization that operates the National Marrow Donor Program and connects patients with matching donors for life-saving bone marrow and stem cell transplants. He got his cheek swabbed and signed up for the donor registry at a Be The Match event in 2012. Six years later, he received a call and learned that he was a donor match for a patient with leukemia — and so, somewhat remarkably, he found himself donating stem cells at the same time that his fellowship in hematology-oncology began.

As soon as she had the opportunity to do so, Edwards organized an on-campus Be The Match event through her science club and got her cheek swabbed in 2009. Almost a decade later, when she least expected it, she received a call. Edwards was astounded to hear that she was a match for a patient in Germany who needed a stem cell donation. The donation process turned out to be straightforward. A nurse visited Edwards for weekly check-ups, which turned into daily check-ups as the donation day came closer. After she made her donation, Edwards sent a letter to the unknown patient through Be The Match. About a year passed before she received a reply.

Edwards learned that her matched patient was an 11-year-old, who explained that they wanted to see how they were feeling before responding. It turns out that the stem cell donation was successful, and the patient was doing well. As soon as she read the patient’s letter, Edwards knew that it was all worth it. She’s looking forward to reaching out to the patient again soon and in the meantime is doing all she can to spread the word about signing up for the registry and about the importance of increasing the diversity of the registry as well.

This July, both Prudowsky and Edwards represented Texas Children’s Cancer and Hematology Center at the Cheek Week event at the hospital’s Texas Medical Center campus, which was held to raise awareness and increase the number of ethnically diverse donors on the Be The Match registry. The event was a success, with close to 140 people including health care workers, administrators and even patients’ parents getting their cheeks swabbed and joining the donor registry.

And it’s not too late!

If you are between the ages of 18 and 40, you still have time to be included in the Be The Match donor registry.

2. Once registered, you will be sent a swab kit.

3. Follow the directions to swab your cheek and return the kit in the postage paid envelope.

That’s it! It’s simple and only takes a few minutes — and you could save the life of a patient with cancer or a blood disorder!