Monkeys Have Pulmonary Hypertension, Too
Food Allergy: The Layers of Protection
Reducing the Risk of Children Developing Cancer Later in Life
Does my child need to be screened for cancer?
Appendicitis
Department
ECMO (Extracorporeal Membrane Oxygenation)

Saving lives with ECMO: How our lung support program is making a difference 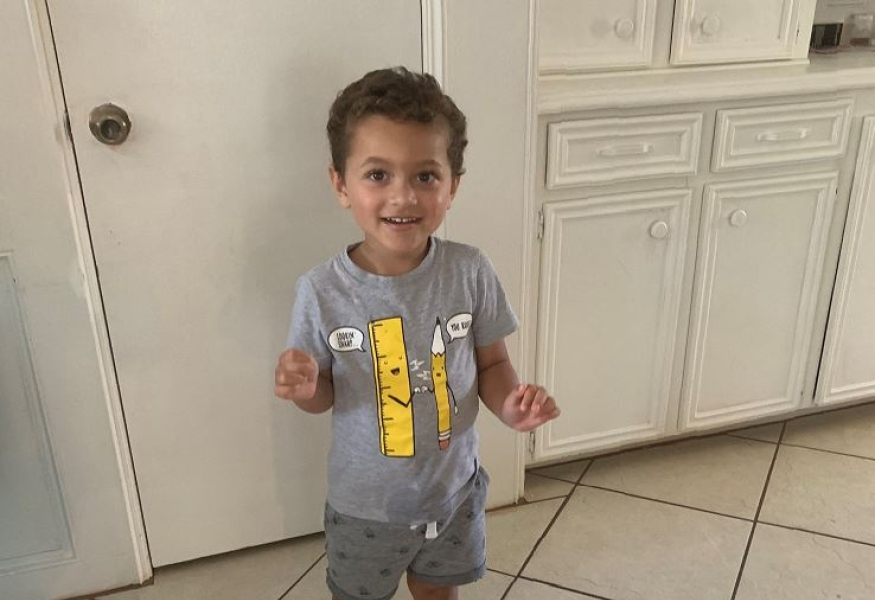 Photo of Levi courtesy of Gregg and Isabel Schreier

As part of the pediatric critical care medicine team at Texas Children’s, I understand how stressful and difficult it can be for parents to see their critically ill child in the pediatric intensive care unit (PICU). Every day, we treat many patients who have life-threatening conditions, either due to medical illness or injury.

As one of the largest, busiest and highest acuity critical care services in the country, more than 6,000 children are admitted to Texas Children’s Intensive Care Units (ICUs) each year. When treating these critically ill patients, it’s my responsibility to deliver the highest level of evidence-based care, and provide support and compassion to these families as they struggle to cope with their child’s medical problems.

When I first met my patient’s parents, Gregg and Isabel Schreier, they were anxious and worried about their 3-year-old son, Levi, who fell into the swimming pool. He was found unconscious, went into cardiac arrest and required bystander-initiated cardiopulmonary resuscitation (CPR) before paramedics arrived.

“I remember seeing this dark shadow in the swimming pool and realized my son was in the pool,” Gregg said. “I grabbed Levi and immediately performed CPR on him. By the time paramedics arrived, Levi’s breathing was very shallow. Thankfully, there was a doctor on board who intubated him. Within minutes, the EMTs transported Levi to Texas Children’s where my wife and I met with Levi’s care team.”

When Levi arrived at the Emergency Center at Texas Children’s in Dec. 2020, he was transferred to the PICU already intubated and on a ventilator for close monitoring. A few days into his ICU stay, Levi’s condition significantly worsened. Our critical care team had a difficult time keeping his oxygen levels up.

“My son was first placed on a ventilator to help him breathe,” Gregg said. “When that didn’t work, they put him on an oscillator before ultimately resorting to ECMO to try to keep his oxygen levels high enough while his lungs healed. Once Levi was put on ECMO, it was a huge game changer in his recovery.”

Extracorporeal membrane oxygenation (ECMO) is a mechanical support therapy we use to temporarily take over the work of the lungs and sometimes the heart. ECMO extracts a patient’s blood with low levels of oxygen, removes the carbon dioxide, then puts oxygen in the blood and returns it to the body to be distributed to the organs and tissues. At Texas Children’s, we have a state-of-the-art ECMO team that performs up to 70 cases of ECMO a year. In partnership with our Kangaroo Crew transport team, we can begin ECMO support on severely ill patients at other institutions and bring them to Texas Children’s for further management, or retrieve patients already on ECMO who need higher level of care and expertise.

“Once Levi was placed on ECMO, his condition improved significantly,” Gregg said. “Initially, we were concerned whether his injury would affect his neurologic function, but thankfully, everything is good.  When he was at the hospital, he never had one brain seizure. Not even an eye twitch. His brain MRI came back normal. I am grateful to Texas Children’s and Levi’s care team, including Dr. Fogarty and Dr. Kitigawa and so many others, who took great care of our son. During this difficult time, we had prayer teams at our church praying for Levi’s recovery. We knew Levi was in good hands at Texas Children’s.”

After being on ECMO for a week, Levi was extubated a few days later, and was able to return home. Levi would not have survived without ECMO, and we weren’t certain how well he’d function neurologically after CPR and bouts of low oxygen. He is a trooper, and I’m glad to hear he was able to make a full recovery.

Recently, Levi’s dad sent me an e-mail thanking our Emergency Center and critical care teams for saving his son’s life.

“I can’t thank you and your team enough for saving Levi and the care you gave him. He is perfectly normal with no after effects. He has needed no rehabilitation either. We are so thankful. Thank you for the great work that you do. Please share with everyone in the ER, including Dr. Kitigawa as well. I want our story about Levi to give a lot of people hope, and prove that miracles are possible and do happen.”

Texas Children’s is a designated Center of Excellence at the Gold Level by the Extracorporeal Life Support Organization, an international body of ECMO Centers dedicated to advancing quality, education and research in ECMO throughout the world. Click here to learn more about ECMO at Texas Children’s.