Phoebe's story: "No, because you have a food allergy” 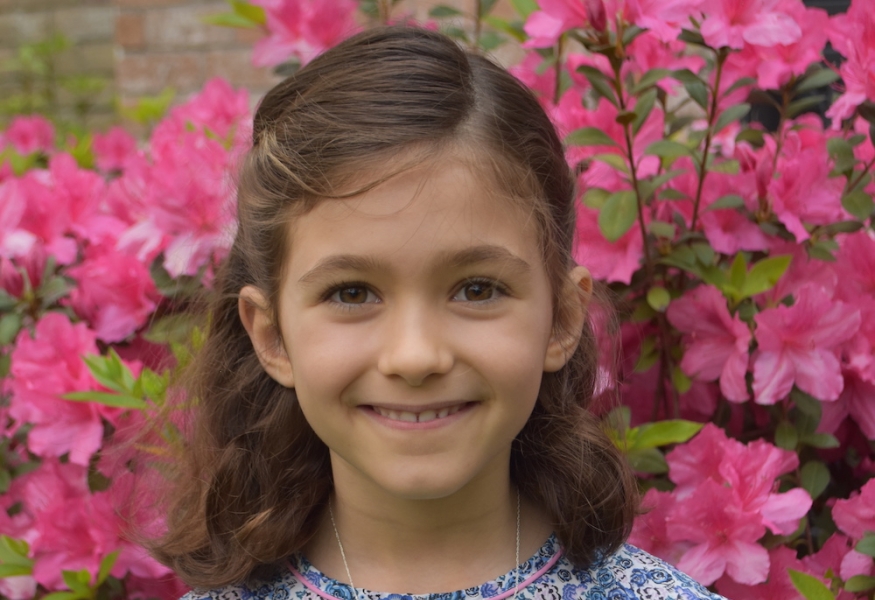 I will never forget the day we found out Phoebe had food allergies. Our pediatrician had ordered blood work to be done to see if she had allergies as a potential answer to why our baby girl had a drastically low body weight. I was putting the finishing touches on her first birthday cake when the doctor called to let us know the blood work had come back and Phoebe was allergic to soy, wheat, dairy, eggs and tree nuts. Oh - and it was serious and we needed to come pick up an EpiPen right away.

After tossing the cake in the trash, we tried to wrap our heads around what this meant. I almost didn't even believe in food allergies. I had no tolerance for people who "claimed" to have food allergies thinking they were probably just picky eaters. We met with an allergist, our disbelief and inability to understand must have been maddening. Her frustration was clear as she finally said, "Your daughter has a severe, life-threatening allergy to nuts and peanuts. She may outgrow some of these other allergies, but she will never ever outgrow her nut/peanut allergy and eating one could kill her."

Going to the grocery store became a new, long and frustrating endeavor. Reading the fine print on every box, can and bag. Play dates became stressful. Parks with toddlers wielding snacks became a field of land mines. Who was that crazy mom that just leapt over the bouncy bridge and knocked that bag of pretzels out of her daughter’s hands? That would be me.

Phoebe did outgrow most of her food allergies. The doctor had been right. However, she did not outgrow her life-threatening nut/peanut allergy. We were incredibly vigilant in not letting her eat anything that could cause possible exposure. If a package even said, "made in the same facility as tree nuts or peanuts," we stayed away from it.

Phoebe was 8 years old when she was accidentally exposed to tree nuts and had an anaphylactic reaction. For eight years we had kept her safe. Eight years of saying "no" at every birthday party to the cake. Eight years of walking out of bakeries empty handed in search of a cookie or treat she might be able to enjoy.  Eight years of trying to navigate restaurants, ice cream parlors and candy stores knowing that more often than not the answer for Phoebe was “no."

"No, because you have a food allergy.”

I think all the "no's" finally wore me down. We were in a chocolate shop – chocolate is often cross-contaminated with tree nuts and peanuts – and the piece of candy Phoebe selected did not say anything about containing nuts, so after much deliberating I deemed it safe for her to eat. As soon as she swallowed it she said her tongue was starting to itch and the terror in her eyes said she feared for her life.

We gave her Benadryl, but the symptoms progressed from her tongue itching to her throat itching to her eyes itching. Then hives appeared on her face, hives appeared around her eyes and finally her lip started to swell. We should have administered the EpiPen earlier. But, we were terrified to use it. And we were terrified we had waited too long to use it. Terrified it wouldn't work, or that we would do it wrong. As Phoebe felt her body reacting negatively to what she had eaten, she began to panic. She panicked even more when she realized the only action left to take was using an EpiPen. I administered the EpiPen, hands shaking. Moments later, she rolled over and said, "Thank you Mommy." It's her "Thank you Mommy" that makes me not be able to tell this story without crying.

Phoebe survived the incident and is healthy today. However, the reality that nuts/peanuts could kill her is something we deal with every day. Not only do we want our child to be safe, but we also want her to have a life in which she doesn't need to worry about her allergies, and people around her don't need to worry about her allergies either. We are incredibly hopeful that the research being done at Texas Children’s will allow Phoebe to live in a world one day where there will not be so many no's.

We would love for you to join us at our upcoming Cooking Up a Cure, an event benefiting the rapidly growing Texas Children's Hospital. This evening is designed to raise awareness of the challenges those with food allergies face and help to support and expand the food allergy program's ongoing research and patient care initiatives. Held at The Revaire, Cooking Up a Cure will offer a casual cocktail party with dishes prepared and served by Houston's top chefs. Upon arrival, each guest will be assigned a food allergy to experience what if feels like avoiding dishes containing the potentially allergenic food.
To learn more about Texas Children's Food Allergy Program, click here.
External Author
Kate Bialas, mother of patient