Natalie's story: How freezing my tumor saved my shoulder 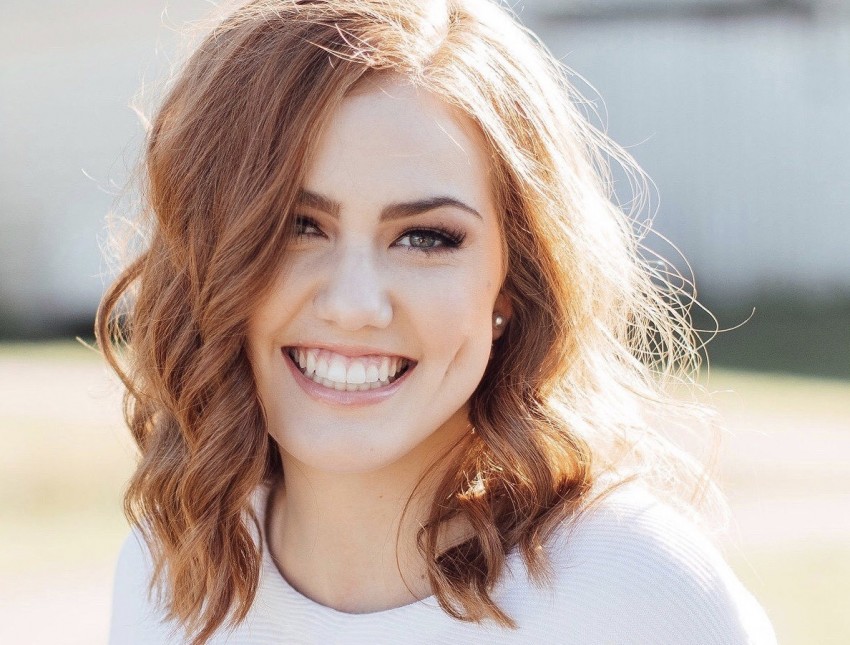 It was the heat of Texas summer and Natalie Boyd was preparing to start her senior year of high school. Natalie, who was no stranger to medical challenges, noticed a bump on the ridge of her left shoulder.

“I didn’t think anything of it at first. I had scoliosis (an abnormal curvature of the spine) since fifth grade and that shoulder was always a bit larger as a result,” Natalie said.

Over the course of the next few months, though, as Natalie monitored it, the bump continued to grow. She and her family thought, perhaps, it was related to a previous spinal fusion surgery she underwent to address her scoliosis, so they reached out and made an appointment with her orthopedic surgeon.

“When I saw Dr. Darrell Hanson, he immediately confirmed this bump could not have been caused by the spinal fusion surgery. He didn’t stop there though, he went above and beyond and started calling other physicians while we were still in the office to help get us connected with the best expert,” Natalie remembered.

She was referred to Dr. Rajkumar Venkatramani at Texas Children’s Cancer Center who confirmed Natalie had a desmoid tumor. A biopsy was taken and sent for analysis.

Natalie recalled how she felt when the team shared the news with her that she had a tumor. “The diagnosis took me completely by surprise; it’s not at all what I was expecting to hear. I mean, I just got over the spinal fusion surgery, then this?”

Desmoid tumors are rare, but aggressive, and can develop almost anywhere in the body. Particularly worrisome to Natalie’s medical team was she was experiencing a tingling sensation which raised concerns about possible nerve damage.

When the results came back, the family was thankful to learn the tumor was benign. However, they still needed to address how to shrink it.

“At first, we thought chemotherapy was going to be the only option for us. That was just terrifying,” Emily Boyd, Natalie’s mother, said. “All I could think, is none of this was going to be pleasant. She’s going to lose her hair and there would be other side effects too. All of this to try and control the growth, but there were no guarantees.”

Dr. Venkatramani called the family back later that evening though. He had just wrapped a multidisciplinary meeting with clinicians from a number of other specialties, including Dr. Kamlesh Kukreja, an expert in pediatric interventional radiology. During the meeting, Dr. Venkatramani shared Natalie’s story with the group and Dr. Kukreja believed his team could potentially help Natalie avoid chemotherapy by using a technique known as cryoablation.

“When Dr. Raj [Venkatramani] called back that evening, and shared this new possibility with us, we soared from the lowest of lows,” Emily recalled.

After meeting with Dr. Kukreja and team, the family learned the exciting news that Natalie was indeed a candidate for cryoablation, which would be a less-invasive option. This technique involves freezing the tumor to force it to shrink.

In November 2018, Natalie underwent the eight-hour cryoablation procedure. When she woke, 30% of her tumor had gone.

The procedure isn’t without its own side effects though, and Natalie was very swollen from the waist up as a result of the anesthesia. However, within a week, the swelling abated.

Natalie continued to follow up with Dr. Kukreja and team. Many times, with cryoablation, the procedure must be repeated. Luckily for Natalie, it worked so well she didn’t have to do even a second round. In fact, by her three month post-op appointment, her tumor had shrunk 70%.

Natalie continues to be monitored and checks in every three months.

“She amazes me and her dad. While she went through all of this during her senior year, she never let anything waiver. She never lost her focus. As a result, she graduated valedictorian from Trinity High School,” Emily said with pride.

In the fall, Natalie will attend Blinn College in Bryan. She plans to major in nursing.

“When I had the tumor on my shoulder, you could see it through my hoodie. Now, I can wear a swimsuit with my hair up and, unless you know my story, you would never know,” Natalie said excitedly.