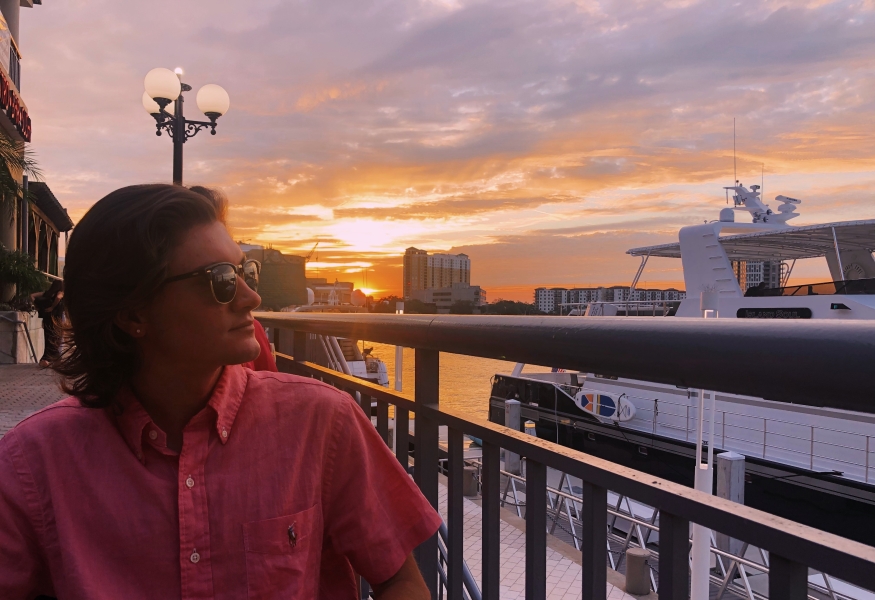 When I was about 9, we moved from Philadelphia to Texas and I became Dr. Celine Hanson’s patient at Texas Children’s Hospital. She and Dr. Lisa R. Forbes, who is currently my physician, used genetic testing (exome sequencing) to find out that I carried a mutation that causes a significant increase in the activity of signal inducer and activation of transcription 1 (STAT1), a key member of the JAK-STAT signaling pathway. Finally, the doctors had a clue for what was the cause for my frequent infections – a STAT1 mutation that was likely upsetting the regulatory balance of my immune system.

However, in 2016, I was diagnosed with type-1 diabetes (T1D). Apparently, my immune cells had attacked my pancreas and killed all the insulin-producing beta- cells that make insulin. Since my pancreas could no longer produce insulin, I had to start supplementing it externally with daily insulin injections. Obviously, as a teenage boy who loved playing sports, I found this to be a huge hassle – I had to closely watch my sugar levels and watch what I ate, at all times.

In late 2017, Dr. Forbes started me on ruxolitinib, a JAK inhibitor medication, to suppress the negative effects of too much STAT1 activity and to limit further damage to my other organs. An unexpected blessing of this therapy was a dramatic improvement in my diabetes management. Over the year after I started ruxolitinib, Dr. Sophia Ebenezer, also at Texas Children’s, slowly reduced my daily insulin dosage and I was able to maintain optimal blood sugar levels. In fact, my sugar levels stabilized so much that the doctors did not think insulin shots were necessary, even when I was sick!

Learn more at The New England Journal of Medicine

I just cannot describe what a big relief it has been to not have to be dependent on daily insulin shots! It has truly transformed my life. I am a college student and finally, now I can pretty much live like any other college kid. I can go play sports, hang out with friends and eat all the carb-laden foods without worrying about my insulin levels. This has been huge game-changer for me! My dad and I love to travel to new cities, visit different sporting events and sample different kinds of foods – that is how we’ve always bonded. For a few years, after I initially was diagnosed with T1D, it became much harder for me to enjoy some of those things with my dad.

But ever since my doctors found a way for me to live without daily insulin shots, I am so happy to be able to go back to enjoying all those activities and live a much fuller life.