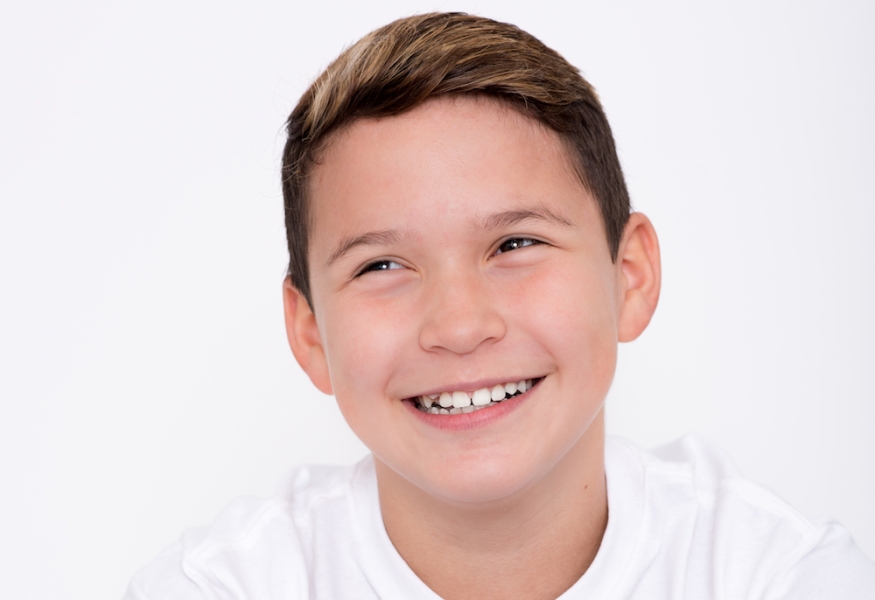 At my son's sixth year annual physical with our pediatrician, Dr. Julie Schlegel, I asked her about some unusual behavior my "daughter" was displaying. "She" had recently started refusing to wear her clothes because they were too girly and wanted to shop for clothes in the boys department. She preferred toy weapons and war play rather than typical girl toys and activities. Finally, she would begin each play date with her friends (mostly boys) by announcing her name was Max or Jake or any other masculine name and stating she was a teenage boy. Additionally, during this role playing she would assume the role of a dominant male character, such as captain of the pirate ship, commander of the Viking army or leader of a marauding gang of explorers. Most of this behavior I wrote off as her being a bit of a tomboy. Since I was a little bit of a tomboy as a child, most of her behavior did not concern me. However, I was struck by the fact she was changing her gender in this behavior. That was beyond my skill set as a parent.

Dr. Schlegel nodded her head in recognition when I brought up my concerns and said she had an idea of what was going on. But since she was not an expert on the subject, she recommended I go see Dr. Marni Axelrad at Texas Children's Hospital for a formal evaluation and diagnosis.

Dr. Axelrad spent three hours watching my child play, interviewing her and interviewing me and my husband. After careful consideration, she concluded our child was gender variant, meaning our child did not display stereotypical gender behavior. She recommended we allow our child to freely express herself as she felt most comfortable. Dr. Axelrad explained that if our daughter was "just going through a phase" allowing her to fully explore this alternate gender identity would quickly satisfy that need and she would shortly return to typical female behavior with no harm done. If this was not a phase, Dr. Axelrad explained, our child would embrace her new freedom to be "his" true self and probably be a lot happier knowing we fully supported him. If our child was truly a male in a female body and we did not support his true identity, our child could easily slip into a deep depression, even to the point of becoming suicidal. Dr. Axelrad stated that 41 percent of transgender youth attempt suicide, frequently around the time puberty begins. And for female bodied individuals, puberty can start as early as 9 years old.

Dr. Axelrad asked us to return in a year for a follow-up evaluation to finalize a diagnosis.

For my husband and me, this appointment changed our lives forever. Prior to Dr. Axelrad’s diagnosis, I had been talking to my husband and trying to ease him into the notion that our child may be transsexual. My husband adamantly refused to consider that idea, thus leading to us having several heated arguments over a few months. When Dr. Axelrad told us of the suicidal rate of transgender children and formally diagnosing our child as gender variant, my husband finally grasped the significance of supporting our child's true identity and accepted the long-term implications it meant for our family. Truthfully, Dr. Axelrad’s advice and diagnosis saved our marriage at that point.

After leaving Texas Children’s, we took our kid to Target and bought him all new boy clothes. He was most excited about getting boy underwear. As soon as we got home, our child ran to his room and emerged shortly after, wearing a pair of camouflage boy briefs. He proudly modeled them for me, seemingly bursting with joy. I looked at my child and realized I had never seen him that happy in his whole life. I realized he had been stifling himself to conform to our expectations. I vowed to myself, that as his mother, it was my job to ensure he remains that happy for the rest of his life.

Over the next year, Ben, my son, grew happier, more confident and fully engaged in his life. He asked his elementary school to call him by his chosen boy name and treat him as a boy. In April of that year, we had Ben's name and gender marked officially changed.

We returned to Dr. Axelrad’s office when Ben turned 7 and had another three hour evaluation done. Dr. Axelrad confirmed our child was transgender and applauded us for being so supportive of our child. It has been five years since that appointment and formal diagnosis of Ben being transgender. Ben has continued to flourish and grow into an amazing young man. He is a very popular kid, a straight A student who participates in martial arts, American Ninja Warrior competitions, plays percussion in his school band and loves to cook with me in the kitchen. Ben hopes to begin playing intramural sports, but under the current policy he will not be allowed in boys’ locker rooms, which could prevent him from participating. I know we will continue to have issues at school and in society, but we will remain advocates for him as we try to work through each issue, one at a time.

I am very grateful to Dr. Axelrad for being there to help us through those challenging times and being skilled enough to direct us onto the right path.